Shelly Thunder goes back to school 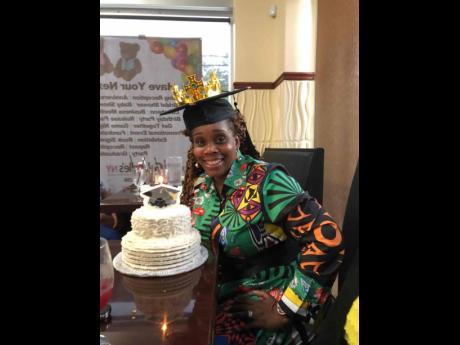 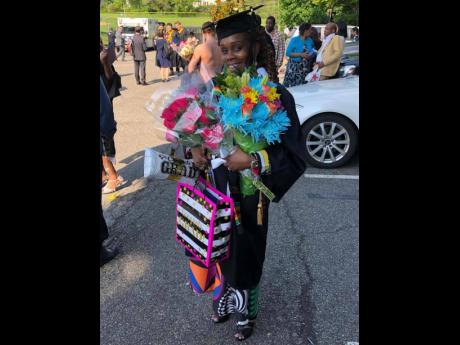 The ‘80s was a golden decade for dancehall music. Dancehall emerged as a globally resonant genre, and women like Shelly Thunder had their slice of the pie.

But since then, she has been silent. One of the reasons is that she has not lived in Jamaica for many years. Second, she made a lifestyle change – becoming a Christian and preacher – behind her were the days when the DJ would pull for her song, (Sometimes a man fi get) Kuff. But beyond that, she has been on a quest of self-development which has led to her acquiring a Bachelor of Arts degree in Behavioural Science and a master’s on the horizon.

“I’ve been a Christian for the past 24 years. I’ve been a pastor since 2005. I’ve gone on missionary trips to Cambodia and Thailand ... I used to preach every fourth Sunday in my church, but when I went back to school – I was preaching on fifth Sundays,” the former dancehall star told The Gleaner.

Shelly’s name may not have travelled the decades as pervasively as the likes of Lady Saw or Patra, but a quick look on YouTube will reveal that contemporary music consumers are still enjoying the ‘tough chat’ from Shelly Thunder.

“I do get tickled when [I hear] that people are still listening [to my music] because it shows that there was something I did that was appreciated. I appreciate my journey. If it wasn’t for that, I wouldn’t be who I am,” she said. Who she is, is a gracious woman living in Connecticut with her husband and their five children, as an aspiring behavioural analyst with a second degree pending and a gospel album on the shelf.

MIGRATING TO THE US

Rewinding a few decades, Shelly Thunder became popular in the dancehall with songs like Kuff and Break Up from her singular dancehall album Fresh Out the Pack. However, she migrated. “I’ve lived in America since I was 16. I went to Harbour View Primary School, Excelsior High School, and left after third form,” she said.

“I love to say I visited college when I was younger. I went to college when I was 18, dropped out and did music, and I had a whole lot of fun,” she confessed. But those days were short-lived. “I started thinking, ‘this is not working for me’. I would go to a dance and be like, ‘I’m going to see the same people every weekend, for the rest of my life.’ I didn’t realise what was happening, and I just stopped going anywhere – stopped doing anything, stopped having a relationship … .” It wasn’t until she went to church a year later that she recognised the change she needed.

“[Dancehall] was not the thing to do – in terms of the lifestyle – not necessarily the music. So a year later, I went to a church, they preached, I cried, I got baptised. And it’s been that since,” she shared.

From her time in college, Thunder had enough skills to find a regular job. “When I got saved, I went into human resources, which I was in for 20-something years. I do have a certificate in human resources – I’m a human resources manager. But I’ve always wanted to do psychology and counselling. So I went and I got a BA in Behavioural Science. I did my bachelor’s in three years, and I intend to do my master’s in one.”

With her degree in hand and another on the way, Thunder intends to focus on other goals. “My album is finished. We still have to work on it some more, and mix it. But because I was caught up in school, I didn’t get to do it. I’m just gonna do another year. Then we can drop an EP. We’ll see what happens in six months,” she said.