For the Reckord | More Caribbean writers to be translated 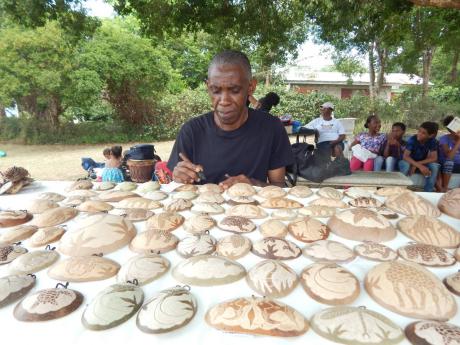 Michael Reckord
Calabash carver Albert Jones works on one of his pieces. 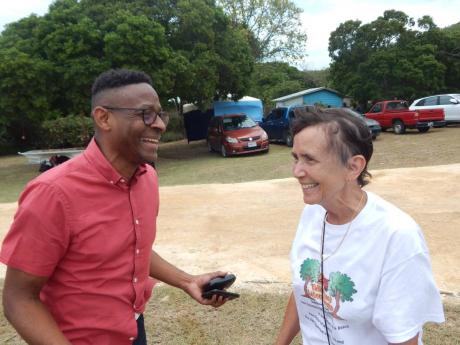 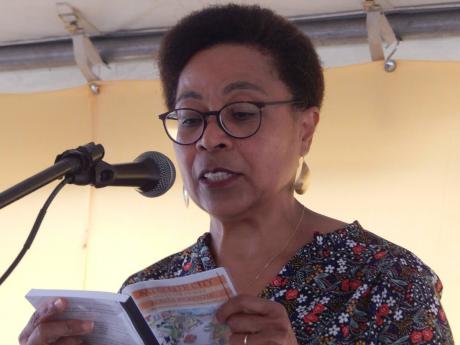 There was a definite focus on youth at this year’s Talking Trees Literary Fiesta in Treasure Beach, St Elizabeth. Dr Christine Marrett, conceptualiser of the event and owner of Two Seasons Guest House, where it was held, told me that her intention in this, the sixth staging, was to encourage the participation of the young.

Staged in collaboration with the Department of Literatures in English at The University of the West Indies (UWI), Mona, Marrett said that one of the aims was to take literature beyond the campus, to broaden its reach and spark interest in literature. The initiatives included: co-sponsor The Gloria Lyn Fund, which conducts a writing competition in schools; the UWI’s School of Education, which runs a Talk Di Poem recitation contest in high schools; and a Young Writer’s Prize jointly offered by the Poet Laureate and National Library of Jamaica. The winners of the competitions were invited to the fiesta, and the number of young people who were present indicated that the initiatives to attract youth were successful.

Marrett revealed that one of the invited authors, Alecia McKenzie, a Jamaican writer and journalist living in Paris, France, was spearheading a project to get more Caribbean writing translated. The project began two years ago, she said, when she noticed that many writers were being translated into French but that they were mainly British and American, along with the major Caribbean ones like V. S. Naipaul and Derek Walcott.

“Marlon James is probably the most translated Jamaican writer just now,” McKenzie told me. “I was in Serbia and saw his book in translation there. It has been translated into Chinese and French. (She was  referring James’ novel A Brief History of Seven Killings, which won the 2015 Man Booker Prize.) But many of our other acclaimed writers have not been translated. Miss Lou (Louise Bennett-Coverley) should be translated.”

As she speaks all the major ­formal Caribbean languages – English, Spanish, French and Dutch (as well as Patois) – she felt she could facilitate the translation of our writers and so decided to launch the project. It now has a Twitter presence – a Twitter Translate. “Once I get some more help, the plan is to have a board and to get more translators involved, especially students who are learning languages. The proposal is not only to translate Jamaican writers into French or Spanish but also francophone ­writers – from Haiti, Guadeloupe – into English,” she explained.

The project’s first book – a collection of Jamaican short stories translated into Chinese was published in October. The title, The Queen’s Case, was adapted from a story by Olive Senior. Other writers include McKenzie, Kwame Dawes, Velma Pollard, Sharon Leach, Victor Chang and Earl McKenzie.

She added, “My co-editor, Professor Chen, a writer and professor in China, was the main translator with one of his master’s [degree] students. We would like to get the same collection translated into French.”

She was optimistic that this could be done. Her own books and/or stories have been translated into Italian, Dutch, French, Chinese and Icelandic, and she said that there was a lot of interest in Jamaican – and Caribbean – ­literature among readers.

She related that when she tells the average person that she is Jamaican, depending on the person’s age, he or she will mention Usain Bolt or Bob Marley. “But nobody says the name of a Jamaican writer, though people in literary circles know what is going on ... I don’t know what it is in our make-up that allows us to have such an impact, but I do know that we have to thank all the grandmothers and mothers who say ‘believe in yourself’. That is part of it.”