Appropriation or Appreciation? The global impact and influence of Reggae music 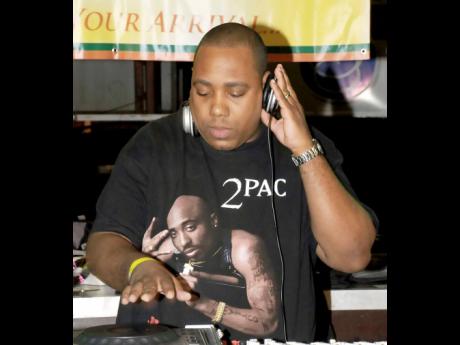 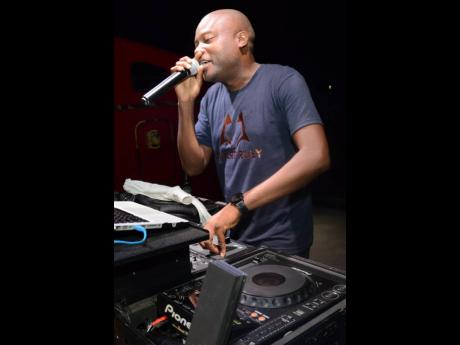 The global impact and influence of reggae music cannot be denied nor restrained. And even as this thumping heartbeat of our people permeates the four corners of the earth, questions arise over the use and abuse of the music and culture of Jamaica by outsiders. While many reggae artistes have gone on record to say that foreigners who use reggae music are simply showing their appreciation for the culture, there are others who believe that the issues aren’t really as straightforward as that and also, there is a rather thin line between appreciation and appropriation.

Musician, producer, broadcaster,DJ, Arif ‘Supa Coop’ Cooper of FAME FM, whose vast experience has led him to question the degree to which the local music industry benefits from what is looked upon as an appreciation for the culture. Cooper is firm in his belief that if there are no benefits, then it’s strictly appropriation.

Pointing the spotlight on a few players on the global stage who have taken inspiration from reggae and dancehall music, Cooper questions how their use of the music has advanced the local music industry.“Let’s look at Rihanna. We know that she appreciates reggae and dancehall, but nobody locally benefits. She did the song Work, which was produced by Boy Wonder, who has Jamaican roots, but that’s about it. Diplo does it, and Khaled does it,” he told The Sunday Gleaner.

On DJ Khaled’s recently released Father of Asahd album is a song entitled Holy Mountain, featuring Buju Banton, Sizzla, and Mavado. Much has been said and written about this song, but Cooper seems largely unimpressed by the supposed value of this collab. Pointing out that DJ Khaled works with artistes who are established, he questioned, “How did this song help Sizzla, Buju Banton, or Mavado? Mavado is signed to Khaled, but what have we seen and heard from him since then?” He added, “They’ll get some royalties from the song, sure, but would their careers have been any different if they were not featured on that song? I would have to say no.”

Cooper is of the opinion that the playing field is not level as it relates to Jamaican artistes and those overseas, and this, he says, retards the growth of the music, “Primarily, it becomes an issue when competing with someone who has more resources. They (the foreign acts) have labels and budgets and can do press junkets, but you (Jamaican acts) don’t. And then it comes off as if our product is inferior, but it really is not. We have seem time and again that the songs can cross over with little or no promotion, and this shows you the potency of the material. Look at Charly Black’s Party Anima l, for example,” he stated.

Cooper, who has toured extensively, added that it is often said that our artistes and music get a lot of exposure when foreigners use, but that it must be made crystal clear is that this exposure works both ways.

“What we don’t hear often is the fact that there are some places in the world where reggae and dancehall are played, but hip hop, for example, is not. There is a club in Israel, the biggest club, where some of our dancehall and reggae artistes have performed, but they play little or no hip-hop or R&B. They will play three hip-hop songs and then go straight back to dancehall and reggae from all eras. Many parts of Africa is the same thing. So it is when the hip-hop artiste does reggae that he gets exposure in these markets,” Cooper stated.

He reiterated, “It becomes appropriation when there is no direct benefit.”

However, Disc jockey, Kurt Riley has a different perspective. “Dancehall is such a rich culture, but if you are not prepared to do the work and somebody else comes in and does it, then you shouldn’t complain,” he stated. “It may appear as if they (foreigners) are raping the business, but it really should not be looked at that way. Those foreign artistes will pack up in a car with six of them and sleep three man in one room, but we not doing that. Which promoter can book a local artiste and put two man in one room?” he quizzed.

Riley believes that the lack of structure, business approach, and discipline within the industry, in general, are huge deterrents. “A promoter book a selector to come in 8 p.m. and set the tone with some juggling, but the selector don’t turn up until 1 a.m,” he cited as example. “We nah till the soil and put in the work,” he lamented.

Riley, who believes that DJ Khaled has made a great contribution to the development of Jamaican music over the years, also spoke to the lack of marketing for local artistes. “We need to market the thing better. One thing Jamaica is not short on is talent, but we don’t have a system in place to cultivate that,” he said.

Reggae music industry-insider Maxine Stowe believes that the appropriation-appreciation question becomes a talking point for the mere reason that Jamaica’s music and culture “are not protected”.

She said: “You can’t stop influence and people wanting to mimic you. In the early days, we copied the American music, but because we know that we don’t own it, it didn’t become a real issue. The problem is that when you don’t have your product protected, when people buy it, they think they own it. Can you imagine, you have an American group calling themselves Grounation. My grounation is my space, and when you are taking my name and my culture, that’s the part that’s crazy. If I owned my culture, that could never happen,” she said with a laugh.

She added that there should be well-defined terms and conditions regarding the use of Jamaican music and culture.

“Like Google, we are an open source, but we have no framework to monetise all of this. We don’t earn from the hundreds of festivals held annually that use reggae and dancehall music as their selling pitch. There are no creative companies that invest in the music and in artiste development. When a corporate company spends millions to make stars, to what extent do they, or should they, care whether or not the stars ever make it? And all that money that comes in from those competitions never made a dent in the music industry,” Stowe said.