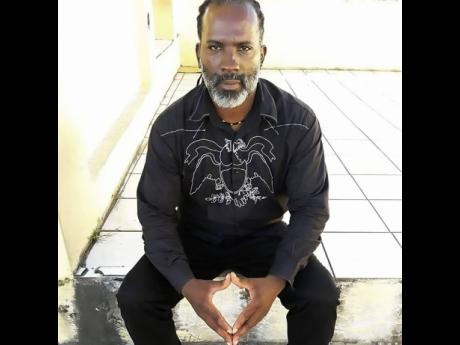 Listening to DYCR’s 2003 dub chant Delroy will leave some people clutching their stomachs for dear life and laughing themselves voiceless as the poet fervently details being at the beck and call of a needy guardian. Sixteen years after its release, the poem is revered as the creative’s most acclaimed piece of work, but it was not a bellyfull of laughter for the boy who endured the experience.

Given name Delroy Chandler, DYCR was 15 years old in 1984 when he was sent to live with a woman everyone called ‘Grandma’ on Olympic Way in Kingston. Though he only stayed with her for one year, he said the experience was coffee-stained in his memory, which later inspired the song.

“My mother had a lot of kids, 12 of us, and so she sent me to live with a lady who told me to call her ‘Grandma’, though she was not my biological grandmother,” he told The Gleaner. “While I was there, I was the person who had to do all the chores, and she’d call me every minute, and I would have to answer by saying ‘Yes, Grandma’. She eventually went to foreign and leave some people fi take care of things at the house, but other things were happening, and the people didn’t want me down there.”

Time elapsed, and he began a recording career in the 1990s, attaining prominence with the 1995 recording Flames Fire, which went on to premiere at the Cannes Film Festival in France through the Jamaica Promotions Corporation. He would later start working with producers like Richie Stephens and Sugar Roy in the early 2000s, releasing notable chants like Dem Man Deh, Sucker and Gallang Charm. Despite his growing popularity, DYCR could not shake his time at Olympic Way.

“One day me go ‘round a Bobby Digital and dem a play the One To One rhythm weh have Sizzla’s Thank You Mama on it, and I begin to chant piece of the song because the experience stayed in my head,’ he started.

I never actually wrote it on paper, and as I chanted, everybody in the studio start laugh, and Bobby tell me fi go the studio fi see how it would sound on the rhythm.”

The track was recorded but never released, but believing in its potential to spark with the masses, DYCR sought the recorded work and went to producer Gussie Clarke to make copies and distribute, across radio stations. It was an instant hit.

Delroy was not just a comical presentation; it sparked extensive debates about topics from child labour to the responsibilities of parents and guardians, and even saw some people labelling the dub poet insane.

“It was a very provocative poem. Wah mek the tune really tek off is that people started saying I was getting mad cause me a cuss me grandma so everybody want to hear weh me have to seh so negative bout me grandma,” he said. “

At the same time, people were calling in on the radio locally and abroad to say they have gone through that same experience, and even if they didn’t, some people would say they know somebody going through it or they’ve heard about it.

“I have an extensive catalogue, with popular poems like even Misunderstanding weh nuff people know as Chop Bush, but I definitely think Delroy surpassed all the poems and remains something special,” he said, adding that the song has taken new flight with the current generation.

His 2018 album, Dub, Stories And Poetry, features Mother’s Love, which follows a similar trajectory of Delroy, and is currently making the airwaves in Miami, Florida.

Did his ‘grandma’ ever hear Delroy?