‘Godzilla: King of the Monsters’ | More is more 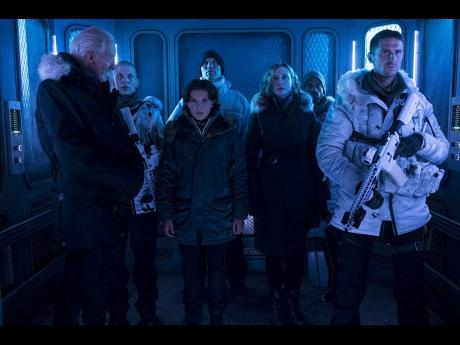 The Gareth Edwards-directed 2014’s Godzilla is by no means a bad film. That may not come as a ringing endorsement, but it makes sense given the impact that film had on the cinema goers of the world. While praised for its sombre tone and appreciation of scale, the film was nonetheless criticised for its reluctance to show its titular monster in all his kaiju glory. Legendary Pictures seems to have heard the outcry of audiences everywhere and have seen fit to produce Godzilla: King of the Monsters, a film that knows no sense of the word ‘restraint.’

In this movie there are several different bouts between monsters the size of skyscrapers. After Godzilla emerged to defend the modern world from destructive titans five years ago, he’s taken a much-deserved sabbatical from being defender of the earth. That is, of course, until a grief-stricken mother takes it upon herself to unleash the worst titan of them all, King Ghidorah, in a misguided attempt to save the planet for future generations.

To go into the story further would be tantamount to actively repelling viewers from the cinema, as it all boils down to a series of plot contrivances put in action for the sole purpose of getting two monsters within fighting distance of each other. The dialogue is a mix of bad jokes and technical mumbo-jumbo (to describe it as jargon would be an insult to intelligence), and does just enough to get you to the next fight without being completely irritating. In Godzilla: King of the Monsters it’s all in service of action. So it’s a good thing said action is wildly entertaining.

Whether you’re a long-time fan of the pantheon that is Godzilla films, or a newcomer to the monster mash, it’s hard to imagine not being entertained by what’s on screen. What used to be people in rubber suits battling stop-motion puppets can now be appreciated with an attention to detail that often goes unnoticed in blockbusters. Still, as fun as it is to watch, the film feels, perhaps appropriately given Godzilla’s massive jaw, a little long in the tooth. If not for the massive scale of the action demanding to be seen on the big screen, I’d say this is a film best viewed in a format where you can skip ahead to the best parts.