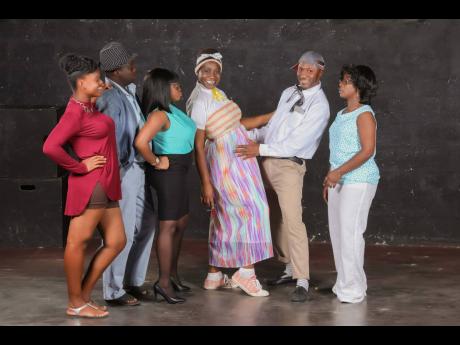 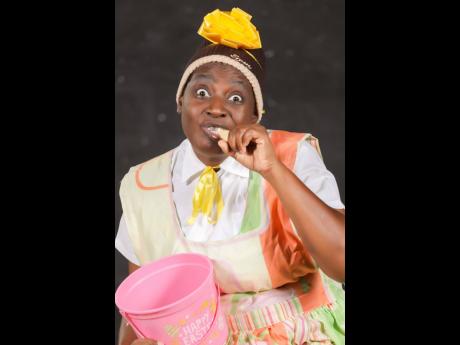 Contributed
Delcita enjoying a piece of sugarcane, in a scene from ‘Honeymoon’.
1
2

Have you ever heard of a play that was so rib-tickling funny that the producer had to actually cut out an entire scene because the ongoing peals of laughter from the audience were making the production go into overtime?

Well, that is exactly what happened with Honeymoon – the romantic comedy starring theatre fave Delcita, which opened at Easter.

“The play is really very funny,” Andrea ‘Delcita’ Wright told The Gleaner, “And it was also too long. So when I realised that the laughter was the reason why the show was being extended, we had no choice, but to cut out a scene.”

According to Wright, Honeymoon is a story embellished from a real-life situation that occurred in Christiana, Manchester, some years ago. A number of people, looking for a better life, had been scammed by a group that promised to provide them with work permits for Canada. “When I heard the report, I did Facebook videos surrounding the incident. I singled out a man called ‘Patchie’, who had been scammed, and said he was my man. The people loved the videos, and out of the popularity of those videos, Honeymoon was born,” the playwright explained.

The actual Facebook page for Delcita and Patchie now has over 47,000 followers, and, as Wright explained, the play itself became a sort of unveiling of Patchie. “In all the videos on Facebook, nobody ever sees Patchie. They see me talking to him, so at last, they are able to put a face to the persona.” she said.

Written and directed by Wright, Honeymoon follows the love story of Delcita and her common-law spouse, Patchie, two enchanting, rural-life characters. Their relationship is colourful, and, of course, drama-filled. The story is set in Runaway Bay, St Ann, where Patchie is a gardener and Delcita a domestic helper. Like any other relationship, they both have challenges and love insecurities. The love rival, Wright explained, is a woman from Christiana, who had also been scammed.

How does the Delcita character defend herself in this ‘matey’ situation? “Yu haffi fight for you man or Mackerel and Sardine wi tek him weh.”

An online description of Honeymoon states: “The play’s plot sees the couple’s employers becoming entangled in the web of their honeymoon saga. What at first glance appears to be a heartwarming depiction of two people in love working hard to build life together transforms into a nail-biting, suspense-filled sequence of events when past and current mistresses get thrown into the mix. The relationship of the two is thrown against high intensity drama and jaw-dropping revelations!”

The character, Delcita Coldwater, a usually loud, rotten-toothed lady, is over two decades old. Wright was the first person to have played Delcita – a character who was created by Paul O. Beale in 1993. The Delcita character was re-launched in 2008 in Di Driver, where Wright played alongside Keith ‘Shebada’ Ramsay. Since then, she has done Money Worries, The Xtortionistz, The Plumber, Ova Mi Dead Body and The Politician. The duo of Delcita and Shebaba dominated the theatre scene locally, and also in the Caribbean and the diaspora, until they had a not-so-amicable separation of ways in 2012.

“We are no longer together. And the split wasn’t so nice,” she admitted, “However, one thing I know. If I were to take up my phone and call him (Shebada) now and say ‘mi hungry’, he’s going to say, ‘what you want?’, and go and get it,” she stated.

Andrea ‘Delcita’ Wright is reputed to be the first box office Jamaican female who can rival any of her male counterparts. In addition to being an actress, Andrea Wright is a trained teacher and a certified counsellor.