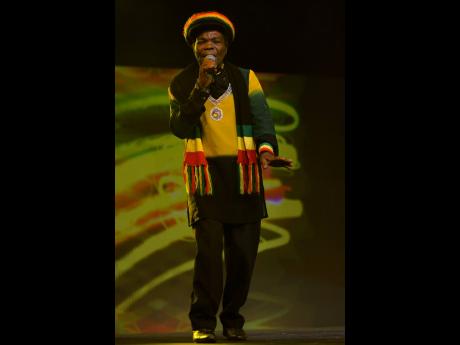 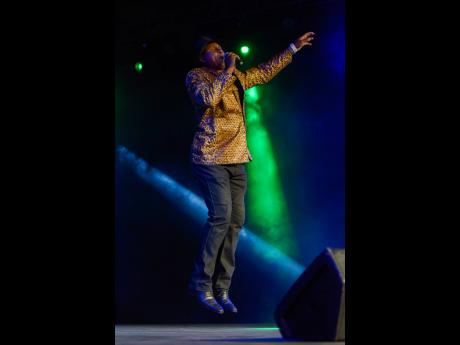 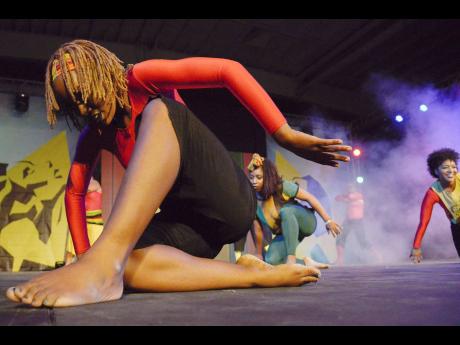 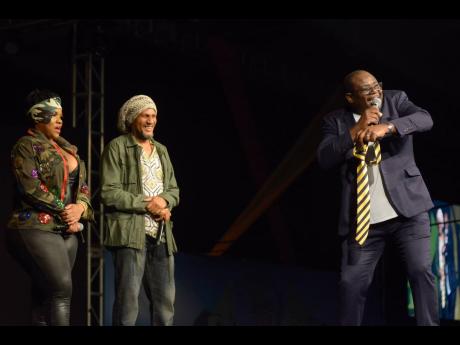 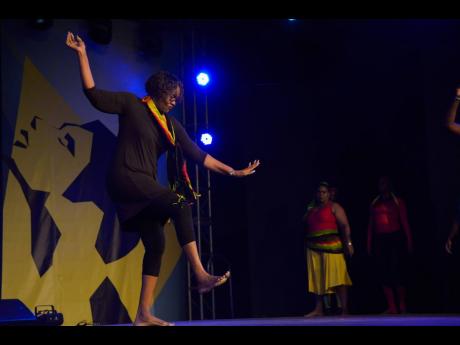 Shorn Hector
Principal of the Edna Manley College of Visual and Performing Arts, Nicholeen DeFrasse-Johnson, makes a cameo appearance during the institution’s performance. 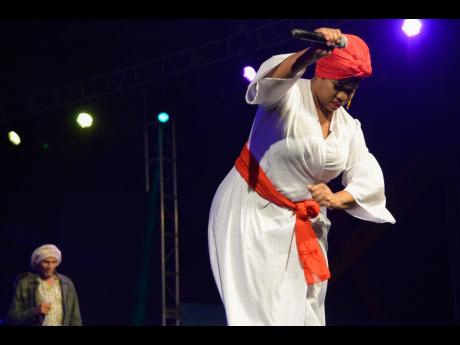 On his way out of the National indoor Sports Centre after the closing act – Roy Rayon a delighted former prime minister P.J. Patterson stopped long enough to give his assessment of the just-concluded Powerful Women and men perform for charity concert. “Wonderful concert for a worthy cause,” he told The Gleaner, writing his comment on my notepad. “It gets better each year.”

And It appeared as if the full-house audience was in total agreement. Throughout the evening, they showed nothing but appreciation for the presentations – roaring with laughter when appropriate or, at other times, simply listening and watching attentively. The organisers of the annual concert, in aid of the Mustard Seed charities, delivered on their promise to have more new faces this year, and the newcomers, by and large, stepped up to the plate.

Presented under the theme ‘Life is Golden’, it proved to be an evening of artistic excellence, whether it was through dance, song, fashion, stand-up comedy or a titan of a sound-system clash. Each act brought its own energy and message, but it was all in accordance with the mood of the evening, and some performers even tweaked their scripts to be more current. Comedian Johnny Daley, for example, while giving his views on the raging obeah debate, touched on the topic of the Reggae Girlz’s loss to Brazil and declared that Jamaica should have had “some obeah to fling on the referee during the football game”. From the audience’s reaction, it seemed as if Johnny wasn’t the only one who felt that way.

The Reverend Astor Carlyle proved to be a huge crowd favourite, and he created quite a tsunami when, in his tribute to Ken Boothe, he belted out You Sheltered Me From Storm. It was an authentic ‘pull up!’ moment, and, had he given in to the demands of his newfound fans, he would have pulled up every classic which he selected from Boothe’s repertoire. It was no surprise, therefore, that later in the evening when Carlyle made a second appearance, this time as a model, his dapper presence was greeted by thunderous applause, a sea of cell phone cameras and shouts of admiration.

While the good reverend took a step out of his comfort zone when he performed, there were entertainers who came as themselves. Among them were Quilt, a song-and-dance ensemble which showcased an all-female quintet of four powerful singers and a dancer, and Notis Heavyweight Rockas – two graduates of the Edna Manley College of the Visual and Performing Arts who are making strides in the music business. Notis’ reggae-rock session was well received, and so too was Pamputtae’s rendition of her single Single Mother, in which she unashamedly declares that she knows all about being pregnant and hungry. Festival king, Roy Rayon and Eric Donaldson, did what they do best – show the crowd exactly why they are multiple-time Festival Song winners and had persons out of their seats ‘dropping legs’ in the tradition of a good ole-time festival.

One of the many highlights of the evening was the clash, which ended up being between two new contenders – Miss Kitty and Dr Knife – because the two advertised clash opponents apparently took flight even before the first tune could drop. There is always an element of theatre to a sound clash, and Kitty played this card well, making her grand entrance dressed as a revivalist in a long white gown and headwrap. As soon as she played her first song, she disrobed and re-entered centre stage as a real ‘good gal’, with the tightest of black tights hugging her ‘fluffy’ body. But, it was really about the music, and as the moderator, Cordel Green, named out the segments, the selectors vied to see who could get the biggest ‘forward’ from the crowd. Kitty’s Revival Time classic did some damage, and so, too, did Dr Knife’s Revolution. It was clear that Kitty had the edge, but at the end of the session, Judge Green, quite dramatically, pulled a tie from his pocket, swished it through the air, and comically declared that the clash was, “a tie.”