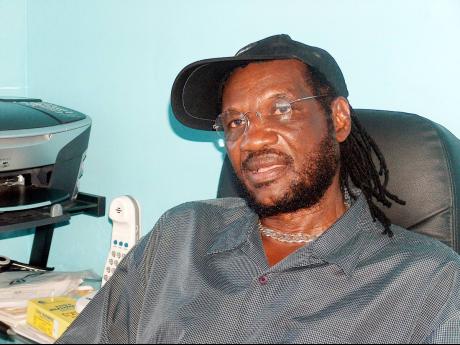 Legendary record producer Winston ‘Niney the Observer’ Holness is cautiously making his way back into the game, and he is excited about his soon-to-be-released single on his Observer label. Recorded at his studio on Lyndhurst Road, the single features two big names in reggae music – Jimmy Cliff and Shaggy.

“The song is titled It Don’t Bother Me,” Niney told The Gleaner, adding that he was in the process of preparing the master so that he could send it out to radio stations. “VP wants it and is putting all their strength behind it,” he added.

Niney, whose journey in the music business has been quite colourful and intense, foresees nothing but smooth sailing for this single, unlike some that he has released in his decades-long career. Among them was his Blood And Fire single, which he pressed and gave to the ‘run-things’ record shop back in the days, KG’s. The proprietors, he said, initially didn’t want to accept it. “Niney, this tune is too dangerous,” he was told. Niney recalls that it was a politically charged era and that the first time Blood And Fire was played on radio, there was a huge backlash, which resulted in the jock who played it being suspended for three months.

“Some people were asking if it was the start of a revolution,” the vocalist and prolific producer recalled of the single, which history records as being apocalyptic.

Niney said that although this was a direct link to the chant of the Rastaman, there were rumblings that he was aligning himself to a particular political party and that he was making reference to a controversial statement made by politician Edward Seaga. Seaga had threatened Norman Manley and the People’s National Party with “blood for blood and fire for fire”, which caused a huge controversy due to its seemingly violent undertone. This is listed as one of the legendary sayings of the late former prime minister.

“But Blood And Fire had nothing to do with Mr Seaga’s statement,” Niney insisted. “The truth is that I was never political, and I also never used to sing no ‘pretty’ tune. I had another song, called Mutiny on a Sinking Ship, and that one was banned. At that time, people were saying that Michael Manley was mashing up the country. So when I sing that ‘ confusion inna Babylon, everything mix up, no one know which way to go’, they said I was talking about the Government.”

But politics wasn’t the only thorn in Niney’s side as it related to Blood And Fire. It also led to a fist fight between him and Bob Marley over the similarity between it and the structure of one of Bob’s songs, Duppy Conqueror. “Somebody go tell Bob that I dub him record, and so, when we buck up at the studio, a fight start. But Bunny and Tosh were there, and other people, and them say, ‘Leave dem mek dem fight’,” Niney stated. Well, it ended up with Niney being chopped, but not by Bob Marley – by another man who was in the studio. And the injury was serious enough to warrant him a brief stay in the hospital.

Undaunted, Niney continued to push his record and made a breakthrough when KG’s called him with a big order. They wanted Niney to press 7,000 records. That would mark Niney’s official entry into the music business. “Two weeks later, KG’s took me to Nova Scotia Bank in Cross Roads and opened a chequeing account in my name. I remember that he gave me the chequebook and said, ‘This is to pay musicians and singers, not to write cheques to give girls.’”

Despite Niney’s not-so-favourable run-ins with the political machinery, he has a deep respect for Seaga, who he hails as his brethren.

“Mi boy dat. Mi rate him. Seaga was a man who use to walk and sell record, and him help to put Jamaican music up there. Him and Chris Blackwell. And P.J. Patterson was involved in the music business, too, as a manager,” Niney said, delving into history.

And will he be attending the funeral on June 23?

“Yeah man. Mi cyaan no go a di boss funeral. I have to be there,” he declared.