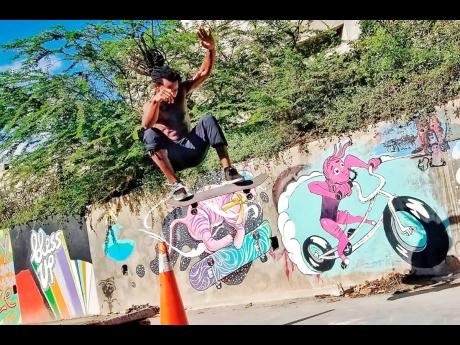 Contributed
A skateboarder doing stunts in the Harbour View community. 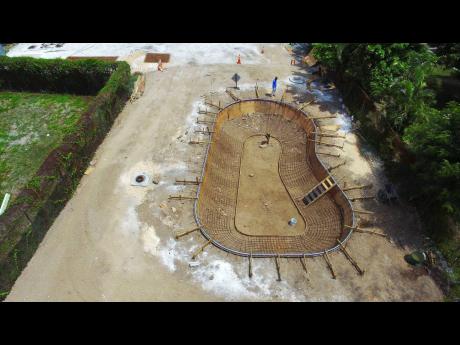 The area which is proposed location for the skatepark on The University of the West Indies, Mona campus, the project is currently on pause. 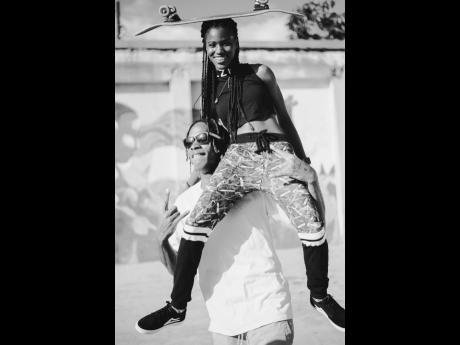 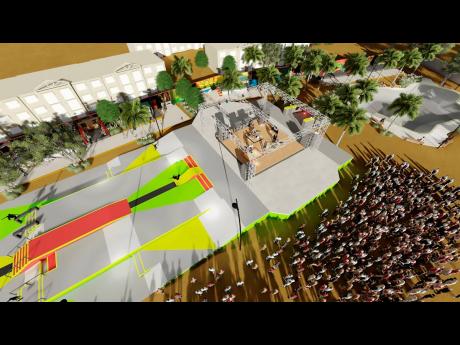 Contributed
Another design plan for the Reggae Skate Park in Trench Town. 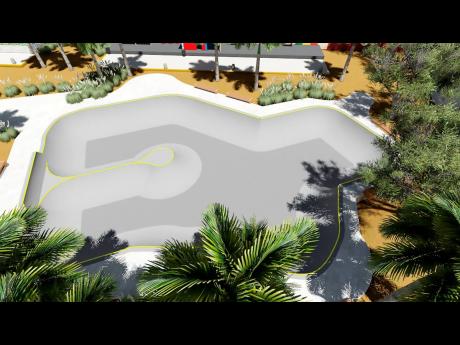 Skateboarding has been popular since the ‘80s, when it spawned its own culture labelled the ‘skate punk’ culture, with prime influences riveted in art, fashion and music. Though it has been portrayed as a rebellious form of recreation firmly tied to aggressive punk rock music, many of the skateboarders are known to perform to music from the reggae and hip-hop genres.

The cities that are prominent for skateboarding, such as Barcelona, Los Angeles, Vancouver and San Francisco, with reputation for some of the best skate parks and producing some of the world’s most skilled skateboarders, are teeming with organisations across the world which represent the sport.

This sport has become so popular in Jamaica that we have formed two local organisations – the Jamaica Skateboard Federation (JSF) and Skateboarding Jamaica Limited. According to Steve Douglas, the JSF president, the skate culture was widely misinterpreted by the parents of children who shared an interest in it.

Douglas, who is also the proprietor of the first skate shop in Jamaica – Skateboard Palace – said, “There has to be a diverse selection of sporting activities made available to the youth – we cannot stifle them into choosing football and track and field athletics.” The JSF has kick-started its 100 Skateboard Schools in Jamaica project, aimed at introducing the sport across secondary institutions. “Among the four that have already been visited, Merl Grove High School was one of the most accommodating – one hour to set up and another three to four hours to leave,” Douglas said.

In addition to the school project, the organisation is also establishing the 20,000 square feet Reggae Skate Park in Trench Town – the official builders being California Skateparks, which has been contracted for a five-year period.

“Skateboarding was already here, but not going anywhere in particular. It is going to bring forth a change, because it is more of a culture than a sport,” he emphasised.

For Aaron Reid, skateboarding was a form of recreation and transportation.

“My love for it started in my childhood,” Reid told The Gleaner. “While in Ocho Rios, I would use my skateboard to get around the town, but I was always used to people chasing us off the street, thinking that it was an idle sport,” he added. Now, as an adult, Reid envisions a larger purpose for skateboarding. “The street youths would always be interested to learn how to use a skateboard. Soon, a few short minutes spent to demonstrate a few stunts turned into longer lessons,” Reid explained.

While attending Moneague College in St Ann, the self-trained skateboarder created a club dedicated to teaching the youth, and has (since January of this year) proposed to set up a skate park on The University of the West Indies, Mona campus, along with fellow skateboarder Kayla Wheeler.

“It is a way to bring upper class and lower class together, and this would be way easier if there were skate park facilities across the island, fully accessible to the public. This was just the start,” he said. “Jamaica will gradually develop facilities, and with skateboarding to début in the 2020 Olympics in Tokyo, Japan, a skate park would help us to train so that we can compete at a fair level.”

Reid is currently teaching more than 45 students the art, with 80 per cent of them being girls. “Jamaicans are capable of doing the impossible, and if there is one valuable lesson learnt from skateboarding, it teaches us to be determined.”

Local businessman Kevin Bourke also supports the new vision for a skate culture in Jamaica. He believes in it so much so that his involvement in establishing skate clubs and parks is described as a “charity of time and effort”.

“I have resided in cities in Canada and California where skateboarding has been prevalent. People who considered it rebellious, were those who did not understand it – like reggae and dancehall music; these practices or cultures are put into a box. It is now accepted as a sport – a piece of board on four wheels, wheels that could be good fortune to the public when the proposed ideas, like ours, are as the project’s motto reads, ‘Rooted in love’,” he added.

Bourke, through the Tmrw Tday Culture Festival, has collaborated with UK-based charities Flipping Youth Inc and Concrete Jungle Foundation and the Sandals and Seprod Foundations, locally, to convert land gifted by the Harbour View Community Centre and Kingston and St Andrew Municipal Corporation into the Freedom Skate Park.

“Both Flipping Youth and Concrete Jungle are non-profit organisations that have tested and proven the use of skate parks and skateboarding as a form of rehabilitation and education for children who lack proper parenting structure or experience a void of parental supervision and oftentimes get into trouble,” he explained.

“Like our music, it’s transitioning to the mainstream and can be used as a tool for education and alternative exercise to promote physical and mental health. That is one reason the park will be free to the public,” he said.