Classics In June filled the soul 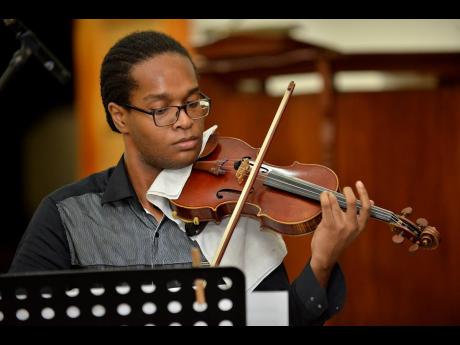 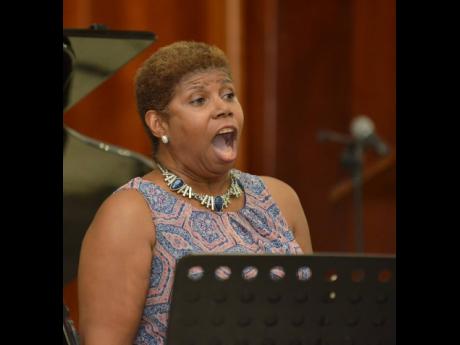 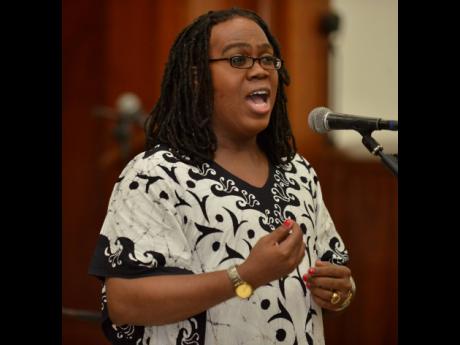 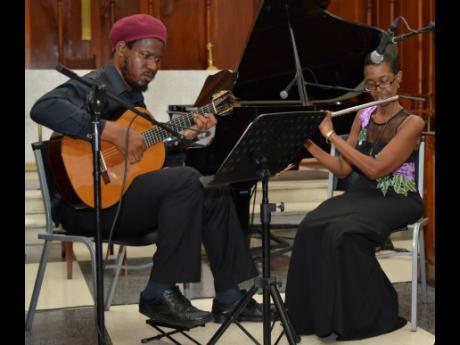 Souls were filled inside The Chapel at The University of the West Indies Mona Campus on Sunday as patrons and performers celebrated another staging of the highly anticipated calendar event, Classics In June. Staged by the Soroptimist International of Jamaica, the concert showcased the talents of the best voices and instrumentalists in the classical world.

Yuko Aoki, Stephen Shaw-Naar, Steven Woodham, Shawn Richards, Archie Dunkley, Santorini degli Archangeli, Gabriel Walters, Dawn Fuller-Phillips, Laurice Barnaby, June Thompson-Lawson, and Nomali Lumsden all took centrestage on the day dedicated to fathers and delivered pieces from composers, among them masters such as Handel, Haydn, Brahms, and Chopin. On hand to delight the audience was a tenor, mezzo sopranos, violinists, violist, flautist, pianists, and guitar players whose versatility and virtuosity made for an enchanting evening.

It was a delightful combination, and it has been said, quite truthfully, that Brahms brilliantly captures the spontaneity and passion of Hungarian gypsy music with this piece. It was all too easy to imagine gypsies swaying to this dance.

However, whereas the Hungarian Dance was full of life, Antonio Ruiz Pipo’s Canción y Danza (Song and Dance), performed on guitar by the talented Shawn Richards, while soothing, was not as robust. This was immediately followed by Song From A Secret Garden, again with Richards, a graduate of the Conservatorio Vicente Emilio Sojo in Venezuela on guitar, accompanied by former Byard Lancaster pupil Laurice Barnaby on flute. It is said that nothing sounds like a flute or sings a melody like a flute, in addition to which it is the closest instrument to the voice when it comes to how sound is produced. On Father’s Day, as Barnaby played her flute, it was almost as if f she was calling all the nymphs and fairies out of the secret garden to enjoy her melody.

Accomplished tenor, composer, arranger, and founder of Il Coro Academia Trascendenza, Santorini degli Archangeli, made three captivating appearances throughout the evening. He told The Gleaner, that he was just getting back on to the performance circuit, having been focused on writing his book.

Mezzo sopranos Dawn Fuller Phillips and June Thompson-Lawson, unfortunately, did not perform together, but their separate pieces, accompanied by pianists Archie Lindo and Yuko Aoki respectively, were memorable.

Fuller-Phillips did an exciting interpretation of a traditional spiritual, This Little Light Of Mine, while among Thompson-Lawson’s pieces was The Lilac Tree, a song which she has had in her repertoire since she was a child. Quite engaging, she asked if anybody had ever seen a lilac tree, and this was quite possibly because of the lyrics, in which a young girl tells a boy she is meeting for the very first time and who asks her for a kiss that she would only do so, “when apples grow on a lilac tree ”.

Now in its 15th year, Classics In June is a major fundraiser fora number of institutions working with children, including the National Children’s Home and the Shortwood Early Childhood Development Centre.

At the end of the concert, the organisers announced that the chapel had already been booked for next year’s event, which is scheduled for June 21, 2020.