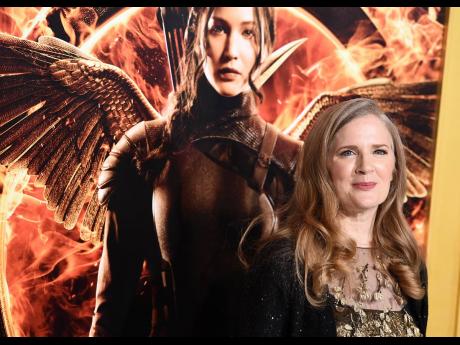 Associated Press
Suzanne Collins arrives at the Los Angeles premiere of ‘The Hunger Games: Mockingjay - Part 1‘ at the Nokia Theatre in 2014. 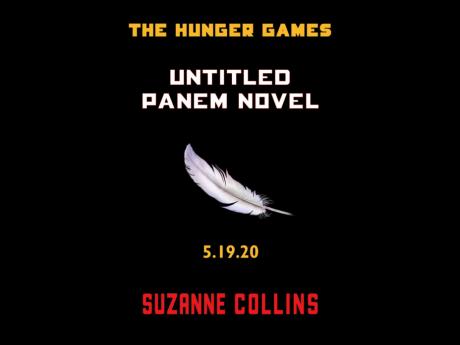 A decade after seemingly wrapping up The Hunger Games, Suzanne Collins is bringing readers back to Panem. A prequel, set 64 years before the beginning of her multimillion-selling trilogy, is coming next year.

The novel, currently untitled, is scheduled for release on May 19, 2020. Collins said in a statement yesterday that she would go back to the years following the so-called ‘Dark Days,’ the failed rebellion in Panem. Collins set the Hunger Games books in a post-apocalyptic dystopia where young people must fight and kill each other on live television.

“With this book, I wanted to explore the state of nature, who we are, and what we perceive is required for our survival,” she said. “The reconstruction period 10 years after the war, commonly referred to as the Dark Days – as the country of Panem struggles back to its feet – provides fertile ground for characters to grapple with these questions and thereby define their views of humanity.”

Set on the morning of the reaping of the tenth Hunger Games, the book takes place well before the lifetime of Hunger Games heroine Katniss Everdeen, played by Jennifer Lawrence in the billion-dollar movie franchise. Scholastic spokeswoman Tracy van Straaten, declined comment on the new book’s contents or featured characters beyond what’s described in Monday’s announcement.

“Suzanne Collins is a master at combining brilliant storytelling, superb world building, breathtaking suspense, and social commentary,” Scholastic Trade Publishing President Ellie Berger said in a statement. “We are absolutely thrilled – as both readers and publishers – to introduce the devoted fans of the series and a new audience to an entirely new perspective on this modern classic.”

Lionsgate released the four Hunger Games movies, and the studio’s vice-chairman, Michael Burns, has suggested a prequel. In a recent statement to The Associated Press, the chairman of the Lionsgate Motion Picture Group, Joe Drake, said, “As the proud home of the Hunger Games movies, we can hardly wait for Suzanne’s next book to be published. We’ve been communicating with her during the writing process, and we look forward to continuing to work closely with her on the movie.” The studio did not immediately respond when asked if an agreement for film rights had already been reached.

The first three Hunger Games books – The Hunger Games, Catching Fire and Mockingjay – have sold more than 100 million copies, have been translated into more than 50 languages, and have been credited with launching a wave of dystopian fiction for young people. The very title, ‘The Hunger Games ’, has become a catchphrase for suffering and deadly competition, inspiring such headlines as ‘Trump’s US$1-trillion (infrastructure) plan inspires Hunger Games angst.’

Although she was actively involved with the production of the Hunger Games films, Collins appeared done with the novels after the publication of Mockingjay in 2010. She had said little about her plans in recent years beyond telling a gathering at the 2013 BookExpo publishing convention that she was working on a new series. Her most recent book, of any kind, came out in 2013; the picture story Year of the Jungle was based on the time in Vietnam served by Collins’ father, a career Air Force officer.

Collins has cited her father as a reason for her lifelong studies of war and has cited both contemporary and classical culture as inspirations for The Hunger Games. She named the country Panem as a reference to the Roman expression ‘ panem et circenses,’ meaning ‘bread and circuses’ – diversions for the masses.