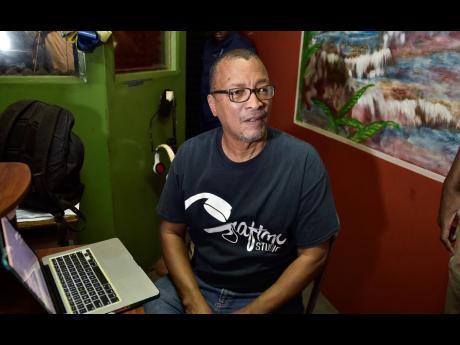 As busy as he is working on numerous projects, in addition to his regular duties leading Grafton Studios operations, Mikey Bennett has also been lending his time to the Tower Street Correctional Facility. In support of the Rehabilitation of Offenders through Music Programme, Bennett has lent the facility some of his recording equipment, his technical staff and time to produce albums written and recorded by current and former inmates.

There are already a number of songs recorded, ready to be mixed and mastered, including a submission from one of the programme’s previous participants – Jah Cure. Launched in 2004 under the guidance of retired Superintendent Gladstone Wright, The Gleaner sat down with the famed producer to find out more about what’s been happening behind those prison walls in this week’s 5 Questions With ... .

1. How long have you been working with the Tower Street’s music programme?

We have been facilitating this programme for many years, from Jah Cure’s time. We have loaned our technical staff to the programme from time to time. I just started getting involved in the programme, physically coming down here last year.

2. What has been the most shocking revelation thus far?

What surprised me the most is the attitude of the prison guards. They’re very encouraging, and they’re always pointing out various talents to me. And that is good, because without that kind of encouragement and support [rehabilitation] won’t happen. Even from coming through the gate, you feel that hope.

3. Has anything about the inmates come as a surprise to you?

You don’t come in and expect people in this situation to be singing about wine and roses – and a lot of them are coming from that ‘real’ place. There’s this one gentleman with a particular song that I love. There is a verse in it that is very angry. I said to him, ‘Rewrite that verse for me, as if you’re talking to your son. You don’t want him to come here. Yes, it’s hard and you made the mistake, but speak to the youngsters out there who don’t want to come in here.’ He was receptive and I was surprised when I heard what he did. I got goosebumps.

Two things happened: he realised, then and there, the power in what he could do, the power of the music; and he was able to look beyond his own anger in this situation, and look towards the future. To me, that is what the programme is all about.

4. Besides equipment, how else do you contribute?

I just started coming here to make sure that the quality of the vocals are maintained to a high standard. Because of the limitations of the place, there were a lot of things that get started here, then are taken to Grafton Studios for post-production.

5. Now that the recording studio is in operation, what else would you want to see the music programme develop?