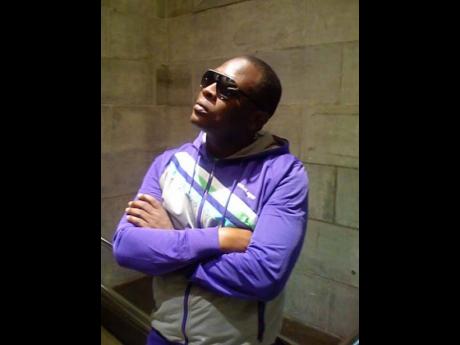 Keton Cole, CEO of New York based Solja Life Records is gearing up to kick-start his inaugural ’90s dancehall US tour. The tour manager told The Gleaner, that with ’90s dancehall still one of the biggest eras in Jamaican music, he and his team wanted to celebrate the special time in music with a series of shows across the United States.

“We would like to leave the Caribbean diaspora in the US with a lasting desire to reconnect with the sounds and feel of the ’90s dancehall era, and, hopefully, this will help to influence the next generation of dancehall lovers to seek out not only new releases, but that music which has lasted for generations,” he said in an interview with The Gleaner. “The mission of the tour is to revive ‘90s dancehall in the US. All the artistes on the tour have a vast catalogue of classic hit songs to perform for their fans. These artistes still have fans worldwide who have stuck with them and remain loyal to their careers, and they deserve the treat of seeing artistes from their favourite era perform.”

The first show set for Saturday at Club Poughkeepsie in New York will feature the likes of Jigsy King, Mega Banton, Mr Easy, Lushy Banton and Lady Ann. Music will be provided by King Addies International. Cole said with 90s dancehall music still heating up the party scene locally and internationally, patrons already k now what to expect. “The fans who are coming out know exactly what to expect. Good vibes, phenomenal entertainment and timeless music. But for the first-timers, the package we have set up should speak for itself. The ’90s artistes will bring the fire, so just come out and expect to have a great time. Tickets for the event will be available at eventbrite.com. The show is expected to get underway at 11 p.m., but the doors will be open from as early as 8 p.m.

Cole and his team say that since they announced the tour, they have been getting positive feedback from Jamaicans in the diaspora who long for an entertainment package that allows them to reminisce on what he described as the ‘good ole days’. “I’ve been getting great response from fans of the music and other people in the industry, some with similar ideas. The idea for this tour came from the need to make people enjoy themselves at events, and when you ask anyone today, young or not so young, they all love ’90s dancehall music. I didn’t set any expectations because it’s really up to the people. I can only put together an event that I think people would enjoy, but nevertheless, I expect the tour will do well over time.”

After the New York show, the tour will make its next stop in Bridgeport, Connecticut, on August 23. Cole and his team are currently locking down additional dates and other venues for the other legs of the tour. He is expected to confirm shows in Ohio, Philadelphia, Pennsylvania and Port St Lucie in Florida.