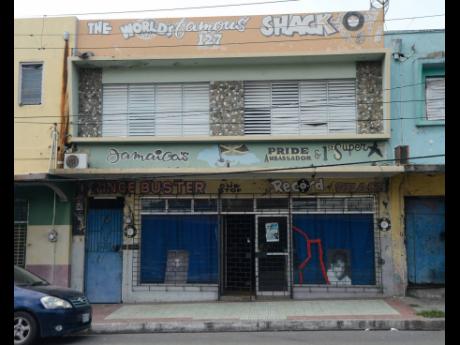 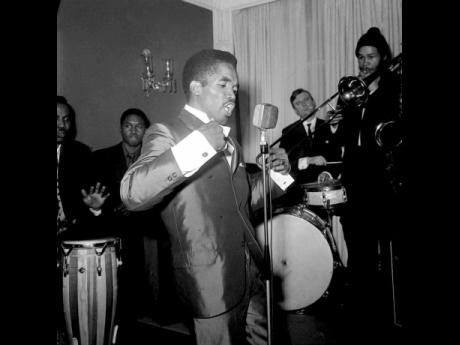 Between 1960 and 1967, Prince Buster tread a musical path that many may find difficult to follow. He announced his intention to dominate the recording and sound system businesses in Jamaica from as early as 1961, when he warned in the recording They Got To Go that:

“You’ve had your fun

You’ve played a game that you are not worthy of

So make way and take away

Since it’s my sound that goes around

They got to go,

They all got to go.”

It was Buster’s first hit, which was followed by My Sound That Goes Around, a recording that spoke to Buster’s unique ska sound, which he claimed he invented and conducted his band – The Drumbago All Stars to play. “My song, my arrangements, my riff, my bass line, my tempo,” he told me in an interview I had with him some years ago. Truth be told, Buster’s style was different from anything being offered at the time. His introduction of hand-claps behind a slowed-down ska riff played by an innovative mouth organ instead of the more commonly used saxophone brought a spiritual vibration and a whole new dimension to ska in the early 1960s.

The negro-spiritual Wash Wash, Time Longer Than Rope, Enjoy Yourself, Blackhead Chinaman and Over and Over are some of Buster’s recordings that received that treatment. Asked in the interview what was the inspiration behind all of this, Buster’s reply was simply, “the church”. He continued: “The brew weh mix up inna me head was Jamaican. I was overthrowing a music and put in its place something that was truly Jamaican because I didn’t want to sound like the American R&B. The mix help me to relate to the natural wishes of the people,” Buster said.

Buster proved from as early as 1960 that he had no intention of jumping onto the ‘bandwagon’ when he produced and released the first recording in Jamaica’s popular music history that moved away from the general trend of imitating the American R&B and into the realms of Rastafarian culture. Buster had intercepted the Folkes Brothers outside a popular Jamaican recording studio and persuaded them to record for him a slow song called Oh Carolina, which they had in their possession. According to Eric, the youngest of the brothers: “While we were rehearsing and awaiting a recording session outside Duke Reid’s studio, Buster heard us and was impressed and persuaded us to come to his shop. While there, he told us that he wanted us to do the song for him with the Count Ossie Drummers. We did rehearsals in Wareka Hills, and shortly after, recorded the song at The Jamaica Broadcasting Corporation in ’59, with Buster doing handclaps and imitation horn riffs; Owen Gray playing piano; us doing vocals; and Count Ossie and his Drummers doing musical backing.

“One cut and the song was done,” Eric told me from his residence in Barbican. The recording became, arguably, the most important record in Jamaica’s musical history. For one, it gave the Rastafarian movement respectability while having some influence on reggae. It was however, Derrick Morgan’s Shake a Leg and Eric Monty Morris’ Humpty Dumpty that brought Buster firmly into the production business.

Buster assumed ambassadorial duties in ’63 when he and Derrick Morgan visited the United Kingdom to sign a recording contract with Melodisc Records’ boss, Emile Shalit, for the distribution of Jamaican recordings in the United Kingdom on the Blue Beat label. It opened the floodgates for the release of hundreds of Jamaican records in Europe. In the meantime, Buster consolidated his position as the most popular Jamaican recording artiste in the UK between ’64 and ’67, recording several unstoppable hits, including Wash Wash and Alcapone Guns Don’t Argue.

Earlier, in ’62, the infamous musical war between Buster and Morgan saw Buster accusing Morgan of stealing his belongings and giving them to the Chinese-Jamaican producer Leslie Kong. His belongings, Buster claimed, was a saxophone solo he created and used on one of his recordings, which Morgan copied in his Forward March for producer Leslie Kong. The drama unfolded in the first stanza as Buster sings:

“You stole my belongings and give to your Chinaman

Are you a Chinaman, are you a black man?

You don’t need no eyeglass to see that you skin is black.”

Several lyrical exchanges followed between the two. It reached boiling point with die-hard fans taking sides. According to Laurence Cane-Honeysett, liner notes specialist, “By the beginning of ’63, the dispute between rival fans had grown so serious that the newly formed government was forced to intervene. They arranged for the two men to be pictured together for the press and issue a statement that despite the rhetoric of the songs, they were really the best of friends.”

During a career dogged by stumbling blocks and legal wranglings, chief among them being the authorship for Oh Carolina, Buster remained resolute. He even recorded a song Hard Man Fe Dead – that typified his character:

“You pick him up, you lick him down,

Him bounce right back,

What a hard man fe dead.

But this man got ninety-nine life.

Them buy ten block of ice and lay it all upon his head.

As the procession lead to the cemetery

The man holler out, ‘don’t you bury me’.

Them drop the box and run

What a whole lot of fun

What a hard man fe dead.”