‘Men in Black: International’ Storyline all over the place 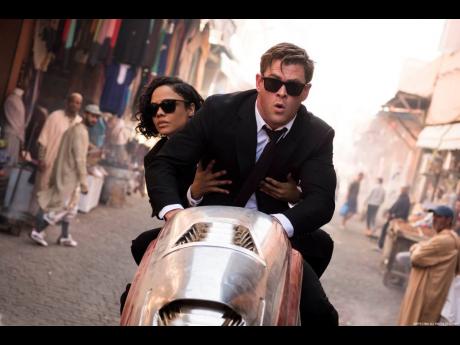 Chris Hemsworth and Tessa Thompson in ‘Men In Black: International’.

If there’s one thing Hollywood does well, it’s milking a franchise for all of its worth, before eventually moving on to the next big thing, as soon as the audience is ready to put it out to pasture. At least, that’s how it used to be. Nowadays, a franchise can be repackaged with entirely new elements, but just enough familiarity to tickle the nostalgia centre of the average viewer. Sometimes it’s a matter of course correction, like with the third Spider Man in 10 years, but even that screams of a lack of originality.

However, Men in Black: International does nothing to reach the improbable heights of other franchises made new again. Instead, the brand-new pairing of Tessa Thompson and Chris Hemsworth fails to entertain as a passing curiosity, and even worse as a reinvention of a classic formula. Not to mention, it’s clear the two have been brought together based on their chemistry in 2017’s Thor: Ragnarok, itself a reinvention of a tired franchise. Pity the same couldn’t happen here.

Truthfully, the actors aren’t the problem. Despite some pacing issues in the dialogue scenes, Thompson and Hemsworth mostly work well off each other. Furthermore, they do a good job at fulfilling the roles they’re portraying, which is all the more important, given that the story is so character-driven. It’s simply that the story is more or less all over the place.

It starts by giving you the events in the characters’ lives that brought them to each other today, delivered via back-to-back flashbacks. While this initially strikes as character information overload, both are compelling enough to give you a reason to care for the characters. Throughout, though, Men In Black: International is forced to juggle both story arcs, and in a not-so-compelling fashion.

Outside of that, the visuals in the film are less than stellar. The effects are decent enough, but for a franchise that wasn’t afraid to throw in some puppetry here and there, it’s a shame the same couldn’t happen this time. It just makes the world of Men In Black look more sanitized, and not the gritty New York, but with aliens aesthetic we’ve come to know and love. Not to mention the action is relatively flat, and doesn’t much require a big screen to enjoy it.