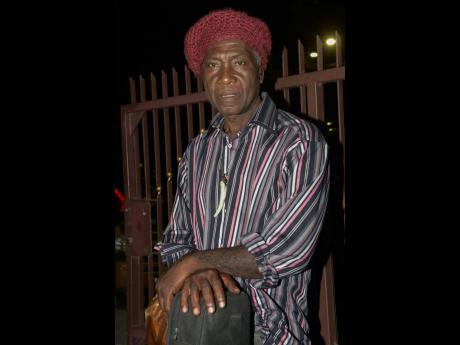 Ras Michael Junior, also known as Michael Enkrumah, wants to break all barriers that hinder unity on his visual album Wicked Walls. The 10-track set accompanies a documentary and was produced by the reggae singer himself.

Although it was released last October, Ras Michael Junior is still promoting the set as he said he is encountering walls of his own.

“I named this album Wicked Walls to lick out against the wall of Mexico after American President Donald Trump said he was going to build the wall, but there are also other walls that were made to separate the human race – The Great Wall of China, Berlin Wall, the Wall of Jericho crushed to the dust thousands of years ago. Children are behind bars, so many people have lost their lives because of a wall. Even racism creates walls,” he told The Gleaner. “The money being spent to build walls to separate people can be used to help people in your country. People need to socialise more and search for love, but I also realised that the walls are against me.”

The 57-year-old has been struggling to return to the United States to tour since being deported in 1996. According to the Medicine Man singer, he was “at the wrong place at the wrong time” and has faced some obstacles in securing consistent gigs over the years.

This is quite a contrast to his heyday with the Lion Hearts band he founded when he relocated to Washington, D.C., in the 1970s. By that time, he had honed his craft at the hands of his father, veteran reggae singer Ras Michael, performing with his Sons of Negus band. Independent, Ras Michael Junior toured across the country and performed at several universities and clubs.

“I was targeted because I was a peace activist,” he said. “Whenever I did concerts, I used to advocate for peace. The last show we did was Rock Against Reagan. They watched people like us and decided they had to get us out of the system.”

Rock Against Reagan was a concert series organised by punk bands aiming to create awareness of the political atmosphere at the time with the punk subculture as a backdrop.

“Ever since I’ve been back to Jamaica, I’ve been producing my own music and doing some farming,” he said. “I don’t have a manager or agent, and I need one so I can reach Europe, Africa and pick up some bookings around the place. Even though I’ve been doing it alone, I’ve been getting some good feedback on Wicked Walls. A lot of people call me from the States and say they love the album cause it’s not reggae, it has this acoustic blues vibe about it, it’s not dancehall.”

The album is distributed by Hapilos Entertainment, and the documentary was filmed by Jerry Small and follows the creative process of creating the work (recorded in downtown Kingston at Trevor Douglas’ studio).

“Each song comes with a brief film. You could show it at the theatre, that’s how wonderful it is. I’m trying to see what will happen with the album, and I’m looking to get some shows. I’m ready, but mi haffi just wait and maybe one day I’ll get a call.”

Until then, Ras Michael Junior can be seen live in performance on Wednesdays at 2A Strathairn Avenue in Kingston.