Buju to perform at Border Splash 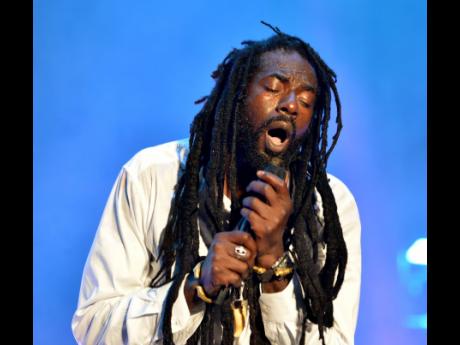 Grammy award-winning reggae artiste Buju Banton is expected to energise Geneva, Switzerland, when he makes his appearance as one of the main acts on this year’s Border Splash benefit concert.

The event, set to be held at the SEG Geneva Arena on July 31, is being hosted by the Danger Zone Music Group and was designed to commemorate the 400-year anniversary of the first African American arrivals in Virginia.

The event hopes to educate people, through the use of music, by focusing the attention of the hip hop, dancehall, and reggae worlds on cross-border issues of peacemaking, environmental awareness, and emergency preparedness.

Corin Smith, events coordinator, told The Gleaner that Buju Banton has embraced the show’s core values and that he is looking forward to him hitting the stage next month.

“We are thankful that Buju himself has embraced our aspiration to have reggae used to promote transatlantic unity at a time when people need to share the burden of world citizenship more than ever. Buju has arrived at the forefront of the reggae industry at a very pivotal moment in pop culture, not just in the Caribbean but throughout the Western world. His personal story is symptomatic and revelatory of the common struggles we are facing for identity, liberation, and redemption,” Smith said.

“People are intrigued by this idea that reggae is embracing the hot-topic issues – climate change, status of refugees, emerging immigrant and gender identities, and disaster preparedness. We are enjoying very strong responses to the fact that we are launching a movement in Switzerland that is genuinely designed to ‘heal the world’ – starting with reggae music in the first year that it has been acknowledged as a UNESCO cultural treasure.”

He also said that Buju Banton, who has been on his Long Walk to Freedom tour since March, is anxious to perform in Switzerland.

“Buju has given this campaign very careful consideration because it brings a new dimension to his tour. He told us he’s “got it”. We are expecting great things from each other – and for the fans – from this collaboration. The excitement around Buju’s tour is electric because reggae music has come of age as the voice of the people. We are humbled to have been able to capture the spirit of the times in the announcement of our campaign.”

The organisers say that the Border Splash concert series is being undertaken to raise funds for green bonds that help to build future-proof villages in vulnerable communities that are becoming increasingly susceptible to hurricane risks and rising sea levels.