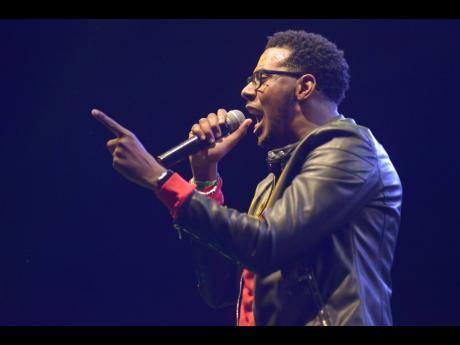 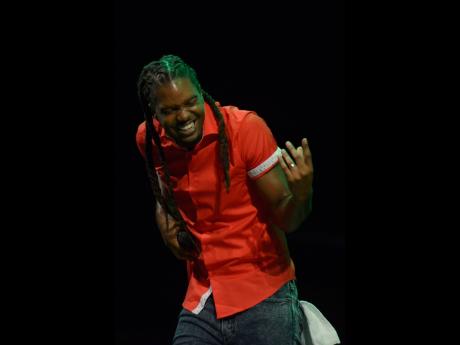 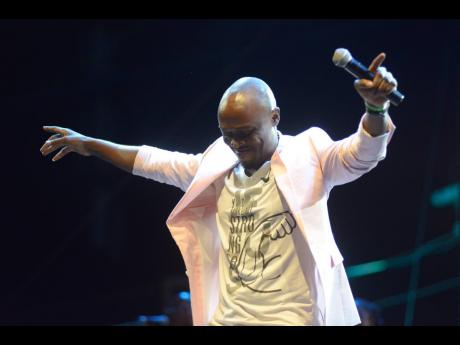 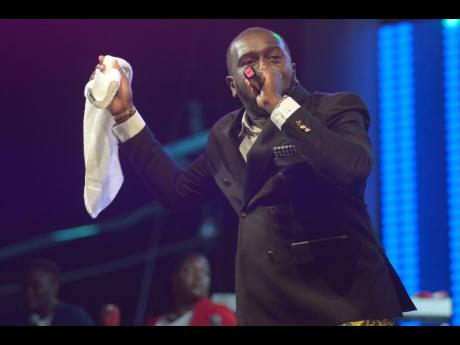 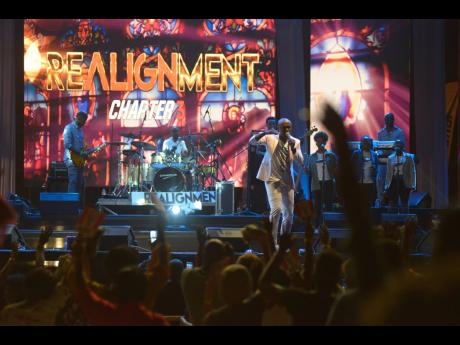 Shorn Hector
Realignment Chapter 3 was a session in spiritual upliftment. 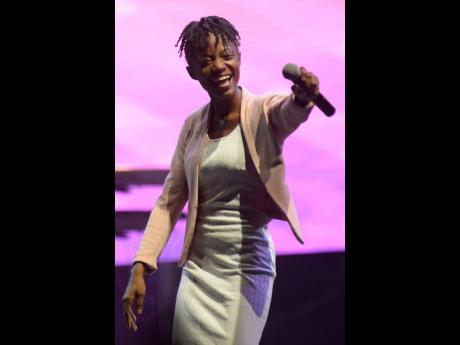 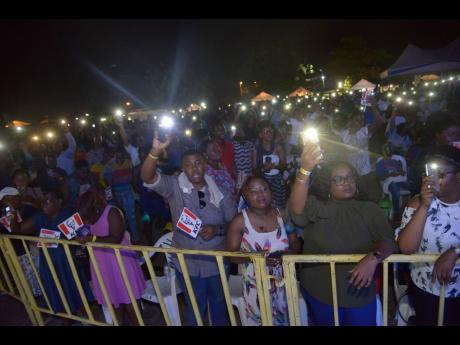 Shorn Hector
Patrons turned out in droves for Realignment Chapter 3 held at the Ranny Williams Entertainment Centre on Saturday.
1
2
3
4
5
6
7

The corporate area stop of Kevin Downswell’s Realignment tour was more than a concert. It was a session in spiritual upliftment, induced by moving songs of praise delivered by local and international gospel artistes.

Held at the Ranny Williams Entertainment Centre, St Andrew, Saturday’s show was the second of the weekend concert-trilogy organised by Kevin Downswell Ministry. The first was held in Westmoreland and the third in St Ann.

Jabez got his set going with the uptempo Warrior then had the seated patrons on their feet with a medley. He slowed down-tempo with Drinking from My Saucer, before ending with Canceled.

Minister Ryan Mark, who had not ministered in such format for sometime, had little problem finding his rhythm and was warmly received.

Two of the international acts, followed. The familiar Positive who along with a testimony, had the audience reacting positively to his reggae and kaiso gospel songs. The unknown Gavin was just as energised.

A patron, Shay, who, inspite of a hoarse voice and aching feet, said she thoroughly enjoyed the concert.

“Everybody was good,” she said, adding that Gavin was the stand-out performer. “Gavin is one of those we connected with really well.”

His passionate and powerful delivery of songs such as Lift Him Up and This is No Ordinary Song had the audience fully engaged.

Meanwhile, Downswell, who would normally close such a show, gave Agu the honours of bringing down the curtain. However, this was not before making his vocal contribution through songs such as If It’s Not You and Twenty-Four Hours A Day.

As for Agu, the Nigerian lived up to the introductory remarks of emcees Nadine Blair, Basillia Barnaby-Cuff and Ian Ellis introductory remarks. He was energetic and engaging. He had the audience coming closer for his ‘dance sessions’. His option to end his set, and by extension, the event, with the slower Great is Thy Faithfulness, served as a powerful warm-down.

Realignment began in 2017. It accepts donations for charity.

Downswell told The Gleaner that each year, “we find a group of people across Jamaica who are really in need. They are mentored and supported in every way”.

The concert series is sponsored by KFC.

“We look for people who are looking to make a positive contribution to Jamaica, and Kevin Downswell Ministry is doing that,” KFC’s Brand Manager Andrei Roper said.