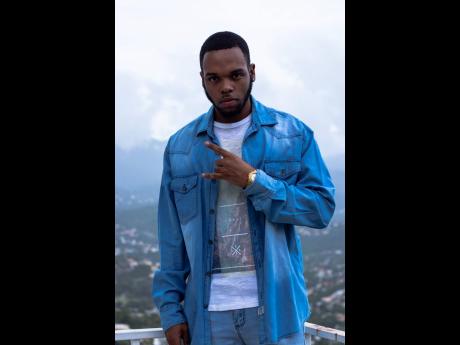 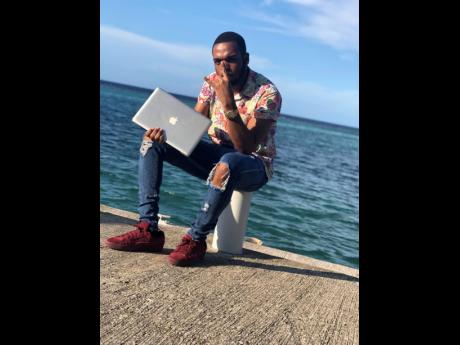 Make no mistake, disc jockey Russell ‘Russ Buss’ Gordon, the youngest official member of Coppershot Sound, is not the most predictable in the field. The son of a Christian mother, this graduate of Campion College, who is currently preparing to undertake the challenges of a final-year degree in Integrated Marketing Communications at the Caribbean Institute of Media and Communication, does not necessarily get the title of an ‘in di streets yute’.

The general populace would class Russ Buss an uptowner and, for lack of a better description, a nerd in his generation, he says, but the 21-year-old disc jockey graciously accepts it.

“That is what makes my story sweeter; call me a paradox, something that no one would expect,” Russ Buss told The Gleaner.

He added, “Also, coming from a single-parent household, originally from Cross Keys in Manchester and raised in Red Hills, and the only son for my mother, the bond has played a significant role in every decision I have made throughout my career.”

For the disc jockey, discovering a turntable and DJ console at the age of 14 was the first step. Soon, he was creating mixtapes which exposed the name ‘Russ Buss’ to sound system circles, including Coppershot. It was not easy proving that he was worthy enough to join a group of seasoned selectors, who were five years or more his senior, he says, and also that he was at the level of maturity looked for in a disc jockey. Six years later, he has already decided to take it to the next level by venturing into the world of music production.

His mother, a registered nurse, couldn’t deny her son’s passion for music. After all, she did invest time and money in music classes. Russ Buss shared that for a brief time in high school he fooled around the keyboard and drums. “But I also did theory and practical classes for the guitar – that one I took more seriously – going as far as taking the first level of the Royal Schools of Music (ABRSM),” he said.

These days, Russ Buss no longer practises on any instrument, although he has applied the skill to experiment in rhythm-making. He said he loved music then the same way he loves it now, but at the time he did not have any stick-to-itiveness.

“Once I graduate from university, it’s full-time music, that’s the promise I made to my mother, who although she does not like the stigma attached to entertainment, she only wants to know I can make a living off the career,” he said. “Truth is, a person does not have to be in entertainment to be exposed to certain things.”

Russ Buss admits that it has been not the easiest route, taking a lot of shuffling and balancing to make it to where he is. “Basically, you have to sacrifice some things, mine was probably the time spent idling on the PS4, so I sold that. And, instead of being required to spend an entire day on campus, I strategically select my classes wherever I can, finish up the schoolwork and meet the requirements of group work. With production, I always knew it was a time-demanding process that would require a lot of studio time, day and night, no sleep.”

Coincidentally, No Sleep is actually the name of the rhythm he has produced in collaboration with high-school friend, Ronaldo Castanheiro. The title single, No Sleep, has been viewed over 8,000 times. The recording artiste is Gapix, a talented sixth-former at one of Kingston’s top secondary schools, whose motto Age Quod Agis speaks to ‘whatever you do, do it well’ .

“Everything was strategic and it is the first of many projects,” Russ Buss explained about his mushrooming music production career.

The popular track, Quada’s New Gyal Alert which was the first one to be released, just passed the one million mark in YouTube views. The rhythm also features the promising voices of dancehall blooming talents Skorcha, Artikal and Projexx, whose songs came to life during a late-night session at the artiste’s home studio.

“It is worth the hassle once all the persons involved in creating a track go through the right channels. While music production and deejaying go hand in hand, I am taking the time to make certain I have sound knowledge of how the business works, both in and out of the streets,” Russ Buss said.