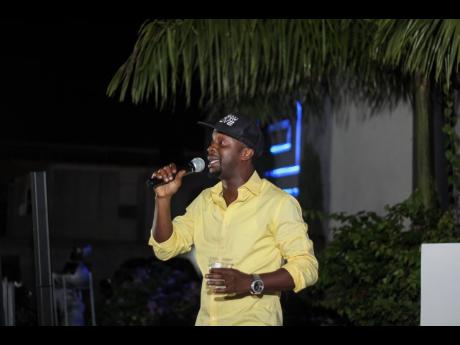 Failing to make a crowd laugh, or ‘bombing’, is a rite of passage awaiting every comedian. But instead of throwing in the towel or being discouraged, comic Christopher ‘Johnny’ Daley says those in the field should “grow” a thick skin and use the experience as a chance to improve their material and delivery.

“As a stand-up comedian, your job is not to conform to the normal way of thinking, so it would be foolhardy to think you’re going to please every audience,” Daley told The Gleaner. “You may have a skewed opinion on a subject and it may not come across well for a particular type of audience. What you try in a dancehall space may reap a different reaction in a corporate space as those people may be in their suits with their bosses around. You can’t expect to give the same performance every time and get a different reaction. Aim to get better so you know what to do better, and judge the audience and decide which material to use. That is part of the job. If you bomb, so shall it be. If you are a true comedian, your job is to bounce back the next time; it is not, sit and mope about it.”

He added that bombing is not limited to upcoming acts as established performers from time to time face the deafening crickets and discomfort. He referenced athletes Usain Bolt and Shelly-Ann Fraser-Pryce to elucidate his point, stating that they have had bad races but still “dust themselves off as it is not the end of the world”.

Over the years, social media has provided a hub for budding comedians to build their brand through short skits, parodies and ‘Insta-friendly’ videos, but the environment can also be harsh and unforgiving when the content misses the mark. Recently, online figure Kyng Tavii announced his retirement from comedy, after a decline in views for his content across Facebook and Instagram. Amidst the catalysts for his decreasing popularity, he claimed, was the infamous My Strange Addiction ‘goat skit’ released in 2016, which he said received backlash for not tickling any funny bones.

Daley advised that online comedians should look to sharpen their comical potency before a live audience. Through his Johnny Live Comedy Bar series, formed more than two years ago, Daley has ­provided an open-mic platform for new and seasoned acts to put their content to the test.

“There are people who advertise themselves as stand-up comedians and have got jobs as stand-up comedians, and when the rubber meets the road, when you get a job and people are expecting a certain level of delivery and you don’t deliver, then you start to erode that ­confidence in yourself to perform,” he said. “If you have done the job to popularise yourself, which is what social media really does these days, then you need to now develop content – content is king.

“I grew up in a time when there wasn’t social media. Me grow up in a time when you a get mouthing and people call you names; me did have all the jeering and cheering. Once you’re in the business of exposure, you’re gonna have critics. You will always have people who do not like your material; it comes with the territory. You have to decide who you are gonna listen to. Find who you are, and be that.”