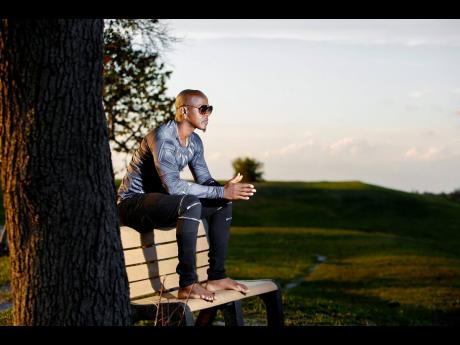 Not only has Mr Vegas experimented with a wide range of music genres – from the Caribbean’s frequently played dancehall, reggae and soca to the international tones of Afrobeat and R&B – he has also been known to challenge listeners to sit down and make their own interpretation of his music.

One such collection of music that sees the dancehall entertainer playing with controversial topics was the album ISM, a collection of work that could easily be described as a hard-boiled musical meld of information bearing cultural, historical and spiritual traces. It is almost the one-year since its release. The album was not widely accepted by the millennial generation, Mr Vegas admits, but it is anticipated that as the youth are exposed to fact rather than fiction, there will be a greater interest to explore music like that of ISM.

“Time was invested to basically create this compilation of literature through music, this teaching within a musical book which is titled ISM, but I think it was a head of its time and such as a lot more miles to cover,” Mr Vegas told The Gleaner.

He added, “Based on the album’s direction, although it is the type of body of work I want to do more of, I have to maintain a balance with the younger generation. I never wanted to overdo ISM, because it is more of an educational piece, based on what I have learnt over a period of years with my journey through Christianity, then moving on to reading more historical pieces compared to just reading one religious book.”

Clifford Smith (the artiste’s birth name) had come under fire with his conversion to Christianity two years before the album was released and he also produced a few gospel tracks throughout the period. However, he is now revealing, “When it comes on to gospel, I no longer venture into the area of the music. As soon as we speak about God, it becomes a problematic subject, because everyone wants you to accept their concept of God, so now I rather spiritual music or lyrics that address spirituality.”

This resolution he made was based off knowledge acquired, Mr Vegas says, throughout his travels to the Vatican in Rome, Uganda and London to acquire facts.

He said, “I educated myself about where the people got the information from that placed in religious texts, and in doing so I was able to draft ISM. I realised there is so much information that we are not getting, that I think a lot of us, if we see this information, we will become more awakened.”

“By the time people get around to listening to it, more of the younger generation would have awakened. The millennials are more exposed, compared to our parents and grandparents, because they have access to information that the older folks weren’t privy to,” he added.

Now, musically, his priorities are set on breaking into the Latin market. In March, the artiste released the collaboration So High, featuring the works of globe-trotting producer Walshy Fire, known for his unique command of fusing reggaeton, pop and dancehall rhythms. The single has more than 10 million streams to date. He is currently awaiting the production, which he calls the “official Latin-based single”, having teamed up with chart-topping Brazilian funk artiste-producer, MC Fioti.

“I am not even promoting myself in Jamaica at this point,” he said. “It has proven difficult to promote music in Jamaica because the format has changed from what it originally was, hence my decision to concentrate on the bigger markers like Latin America. I have never even heard So High play in the base market and it is one of my biggest songs,” he said.

He believes that genuine lovers of dancehall will know the importance of Mr Vegas to the genre, but there is a challenge to have a conversation with the wavering listeners.

Of his relevance to the global music industry, despite lower-than-desired numbers in sales or streams, he stated, “Listen to Nicki Minaj’s Megatron, you already knows it was influenced by Heads High. It is the crossover song on that rhythm and the remix that she sampled on her new single.”