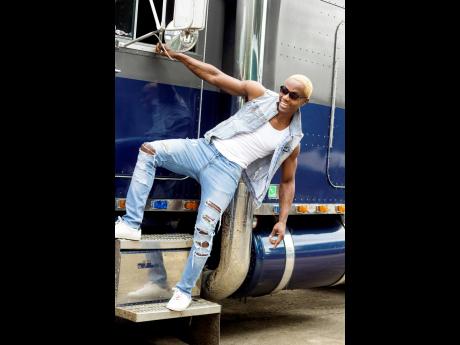 International Dancehall soca artiste Roger Cassup, known in entertainment circles as Razor B, has been recognised by the Durham Caribbean Festival organisation based in Ajax, Canada, for his contribution to music and entrepreneurship

The organisation, celebrating its ninth year of appreciating Caribbean and multicultural diversity and synergy throughout Canada, has a weeklong set of annual activities, including the coveted award ceremony. This event is where Razor B will be accepting his award for ‘International Reggae Artiste and Entrepreneur of the Year 2019’.

The successful recording artiste has, over the years, been a hard-working entrepreneur as well, both in Canada and Jamaica. With the opening of the successful Cassup’s Kitchen family restaurant in Jamaica late last year, the Durham Caribbean Festival committee decided it was time to honour the recording artiste and businessman this year.

“I’ve received multiple awards over the years since I started my musical career, but this Durham Caribbean Festival award means a lot to me because it recognises not just my musical contribution but the hard work of being a Caribbean business owner, and for that I’m humbled and grateful,” Razor B shared.

Since he migrated to Canada in 1993, Razor B has worn many hats, including event promoter, truck driver, health and fitness mentor, songwriter, music producer and certified chef. The artiste has found a way to balance a successful music career with family life and operating businesses in both Canada and Jamaica.

The Durham Caribbean Festival award for International Reggae Artiste and Entrepreneur was presented to Razor B this week during an invitation-only awards banquet in Ajax Canada. The artiste will also be performing on Saturday night at the Multicultural Appreciation Day event, also in the city. Razor B is also set to release a few new music projects this year before completing his first studio album this fall.