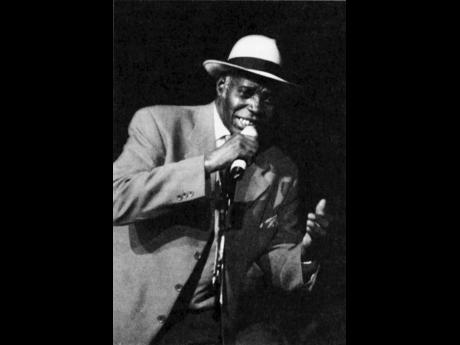 Inasmuch as R&B and rock ‘n’ roll were kicking up a storm worldwide in the late 1940s and early 1950, with artistes like Louis Jordan, Roscoe Gordon, Joe Turner, Chuck Berry, Little Richard, Shirley and Lee, Fats Domino, and Elvis Presley, calypso music was providing them with stiff competition. The popularity of calypso became widespread in Europe, America, and the Caribbean at the time, primarily through the exploits of Slinger Francisco aka The Mighty Sparrow and to a greater extent, Lord Kitchener.

Kitchener, some 13 years Sparrow’s senior, and whose wit and humour transcended all musical boundaries, led the way when he took calypso, via The Empire Windrush ship, to the United Kingdom (UK) in 1948. The indifferent immigration officer who handled Kitchener’s papers noticed that he was born Aldwyn Roberts in Arima, Trinidad, on April 18, 1922.

His arrival in the UK was greeted by the West Indian expatriate communities found the calypsonian’s highly pulsating beat irresistible. They were not alone as by the mid-1950s, calypso had gone international, taking into its fold royalty and heads of state. Buckingham Palace’s royal toes are known to have tapped in approval as Kitchener unleashed his hit calypso songs. One, in particular, Ah Bernice, touched Princess Margaret (the Queen’s sister) so deeply that she purchased 100 copies. Its risqué lyrics give us a glimpse at Kitchener’s writing skills as Bernice coaxed him with:

I have a small comb to scratch your head

You know I love you, you’re playing shy.”

On the other side of the Atlantic, Kitchener became so popular that United States President Harry Truman likened him to jazz greats such as Miles Davis, John Coltrane, and Thelonious Monk.

In Jamaica, Kitchener’s calypsos like Red Head Lady, Nora, Take It Easy, Take Your Meat Out Me Rice, Love In The Cemetery, and My Pussin were popular draws at parties across the island. His recordings also became an inspiration to Jamaican mento singers, including Alerth Bedasse, leader of the renowned Chin’s Calypso Sextet. In a 2005 interview with Bedasse, he told me: “Some of the girls used to call me Kitch because I imitated him a lot. I always admired Kitchener. I like his style. One of the first songs I made was Kitchener’s Kitch Come Go To Bed. He was one of the best calypso singers we ever had. He had flair, and his play on words was sensational,” he affirmed.

Kitchener developed his calypso skills in his homeland by writing and performing his compositions for a minimal fee in bamboo tents before being invited to join the Victory Calypso Tents in Port-of-Spain. There, he honed his calypso skills and soon had his first commercial success in 1942 with Fig Tree, which triggered singing and dancing in the streets of Port-of-Spain. Five years later, Kitchener answered the call for migrant workers to fill a depleted labour force in the UK to repair an ailing economy in the face of ravages caused by World War II. He made a brief stop in Jamaica and seized the opportunity to acquaint himself with one aspect of Jamaican beauty – women – which he expressed in the recording Jamaican Woman.

On the flip side of that record, titled Love In The Cemetery, Kitchener humorously warned romantic lovers about the dangers of indulging in romantic affairs in cemeteries. Believe it or not, it had become a common practice across many defunct cemeteries across Kingston. On a dark night, Kitchener found himself in such a situation, but his next move was unceremoniously aborted. He expressed some of the drama in the second stanza of the recording:

“What had me sad

I was just about to start

a little romance with mi sweetheart.

I kissed her twice

to be bringing your girlfriend

You talk about run, a nearly bus mi head

The living running from the dead.

The scream I make,

I sure the whole world shake.”

Distributed in Jamaica on Edward Seaga’s WIRL label, it became a big hit right across Jamaica. It was only one of the many compositions by Kitchener that demonstrated his wit, humour, and tremendous writing skills which made him, perhaps, the best the calypso genre has seen.

Perhaps his most defining moment, however, was when he immortalised in the recording Victory Calypso West Indies’ historic win over England in the second test match at Lords from June 24 to 29 1950. Written by Kitchener and sung by Lord Beginner, it graphically sums up the regional team’s first win on English soil. In closing, Kitchener wrote:

“When Washbrook century had ended

Hats went into the air

So at Lords was the scenery.

It bound to go down in history.”

Noted Jamaican musicologist, philanthropist and boxing promoter Kingsley Goodison described Kitchener as “a professor and Pan-Africanist who stood up for the black race in the face of racism. He even lived in Jamaica for some time during the late 1940s, hanging out at Idlers Rest, a popular rendezvous spot along Beeston Street in downtown Kingston.”