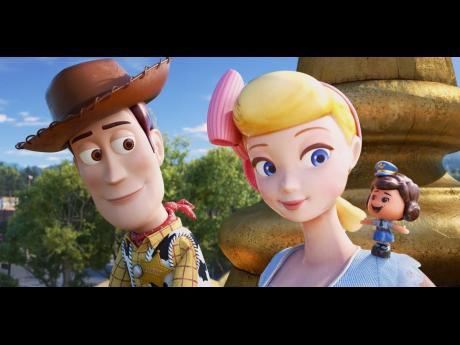 There was a time when Pixar was synonymous with perfection. Their films were the envy of not just animation studios, but live action too. Despite that pedigree, it seemed there was one feat too great for the mighty Pixar. Sequels. They were able to create fantastic original stories, but give them a chance to continue on and the results ranged from Finding Whatever to Meh-nsters University.

The exception has been the Toy Story films, which has been cemented as one of the greatest film trilogies of all time. The idea of a fourth Toy Story film was nothing short of troubling.

Thankfully, graciously, and astoundingly, Toy Story 4 is fantastic. First-time feature film director Josh Cooley is no stranger to the PIxar formula, having worked on scripts for Inside Out and a Toy Story short, but he flexes his storytelling muscles here. The main focus is on Sheriff Woody, who’s adjusting to life after Andy. Believe it or not, a cowboy from the 1950s is not the favourite toy of a little girl entering kindergarten. Shocking, I know. That honour belongs to a malformed spork with popsicle sticks for legs and glued on googly eyes named Forky, who struggles with his sudden self-awareness the way any self-respecting spork would.

Throughout the movie, Woody must convince Forky that while he may not have asked to be a toy, his life can have meaning with the love he gives to a child. Along the way, he also struggles with his own purpose, being a toy that’s no longer played with. Enter’lost toy’ Bo Peep, who shows him a whole new world, minus the magic carpet. It all sounds like familiar territory for the Toy Story franchise, but the film manages to be as poignant as ever with its message, and another tear-jerker.

All that said and I haven’t even touched on the humour. Toy Story 4 is by far the funniest of the films, thanks, in part, to a stuffed duck and bunny rabbit played by sketch comedy duo Key & Peele. Not to mention the Canadian stuntman who could never live up to his TV commercial, played by Keanu Reeves. There was a time when Pixar was synonymous with perfection. Going by a few films about toys coming to life, that’s still true to this day.