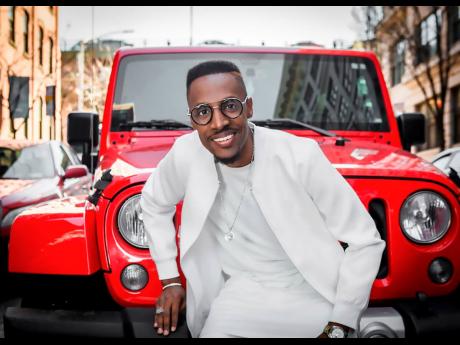 Reggae and dancehall-influenced gospel artiste and minister, Omari, who has not performed in Jamaica for close to three years, makes his return on Sunday at Mission Possible, a charity gospel showcase to be held on the lawns of the Ranny Williams Entertainment Centre in St Andrew. Mission Possible is being spearheaded by the Kingston-based Regent Street Seventh-day Adventist (SDA) church. On the line-up are renowned US praise and worship singer Micah Stampley, along with reggae and dancehall praise and worship artistes Kevin Downswell, Rhoda Isabella, Ryan Davis and Norman Smith.

Mission Possible is packaged as a non-denominational, evangelical and humanitarian event, and, according to the organisers, it is a reference to the ‘Great Commission’ which is highly cherished by Adventists. Concert producer, Everette Green, elaborated. “The Great Commission is found in Matthew 28, when Jesus told his disciples to go teach all the nations of the world. It is not so much what you say, but how you do it.”

Green added, “The Great Commission is to spread the love. The church is too caught up in preaching and teaching. We talk about love, but we are not showing it,” he said emphatically.

While ‘humanitarian’ is a word long associated with SDAs, critics point out that ‘evangelical’ and ‘non-denominational’ not so much so. However, Green, who is an advocate for inclusivity, “as long as the Bible does not preach against it”, defends his church staging a gospel concert featuring praise and worship, liberally mixed reggae, dancehall and pop-flavoured acts, rather than a full slate of traditional, gospel standard-bearers.

“We can’t speak about love and be exclusive. You have to be inclusive and open your arms,” the choir director at Regent Street SDA told The Gleaner. “We have to be able to appreciate that there are others who like other things.”

Singer Omari is one of the entertainers who is benefiting from this inclusivity. Based between the US and Jamaica, he expressed his delight at performing on the July 7 charity concert. “Giving back is very important to me, and since the proceeds of this event will be going to help others, I am totally for it. But I also like the name of the event,” he said. And, of course, he is looking forward to performing for his fans. “Expect Omari to bring the best and to sing some of your favourite songs,” is his message to them. The Help singer added, “Jamaica is my passion. I am an intercessor. I intercede through my music and I am crying out for our nation.”

Omari is currently working on an album project which, he says, will be flavoured with new beats, including Afropop and pop. Emphasising that he has stayed true to his reggae and dancehall roots, he admits that he been playing around with other genres. “I am still doing contemporary gospel, but for this album I am working with producers in various parts of the world – Switzerland, Africa, Jamaica and the US – so it is a dynamic process,” Omari explained of Royalty, the working title for the upcoming album. “But everything is coming together really well. I am concerned with it being distributed properly and reaching the right people who it needs to reach, and opening the right doors. It’s not about doing an album just for the sake of doing it,” he explained.

In the meantime, he has continued to release singles, the most recent of which, I Am Healed, on producer Troyton’s gospel-driven Healing Project, premiered last week. He also teamed up with popular dancehall producer Jordan McClure of Chimney Records earlier this year for the single Mercy For My People, on their big-hitting Kingston and St Andrew rhythm.

The singer, who is credited with helping to pioneer one of Jamaica’s first gospel-rap groups, Rappaz for Christ, is still a favourite, even among secular artistes, and it is not unusual to find him sharing stage with them. Earlier this year, he was invited to be part of a US tour headlined by acclaimed reggae singer, Beres Hammond. “I was really blessed to be a part of that,” he said. “Artistes like Beres Hammond, Third World, Singing Melody, Ky-Mani Marley, Kevin Lyttle, Nesbeth and Maxi Priest were all there and the camaraderie was great.”

He noted that this event in Jamaica will also be a blessing.

All proceeds from Mission Possible will go towards funding the Regent Street SDA outreach projects, among them the basic school, the feeding programme which caters to the needy and the homeless with meals twice weekly; the annual health fair, along with the education programmes .

The church, which is located in the district of Western Kingston, is this year celebrating 100 years of ministry.