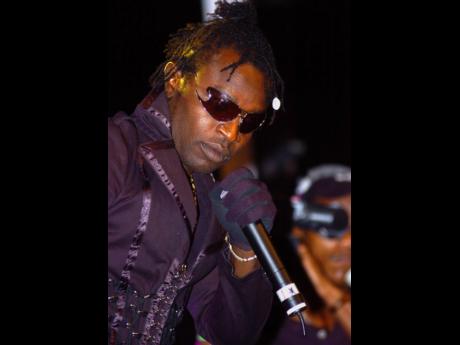 Dancehall deejay Mad Cobra has been busy fine-tuning a double album, which he already believes is Grammy-worthy. Known for a catalogue of hardcore lyrics, he revealed that one of the sets will explore the cultural side of his musical capacity.

“I’m really stepping out of the box with that one. It’s dealing with strings and arrangements, more like a one-drop flavour,” he told The Gleaner. “It’s gonna be more spiritual and mature, too, as I reason about life; no explicit content. I’m looking towards getting a Grammy ’cause the strings album is different and people a look for me with the bad words and something gangster. People will be able to drive around and listen to this with their family, it’s just a different energy.”

His dancehall audience need not worry, as Cobra will be balancing the reggae unit with a gritty set, reflective of his Helta Skelta alter ego.

“Mi nah leave out the streets, which is why mi have one for the streets ...” he said. “I’m still here doing music, I’m just not in the limelight. Even when I’m not recording, I’m writing for others and creating music. I hope my fans enjoy this new album. It’s not watered-down, and is just going into new territories; definitely not what they are not expecting from me. Look out for it,” he said.

The project, his 15th album, is being co-produced by Brixton Music Group and BMG Records. Among the musicians credited on the set are Black Shadow’s Troyton Rami, longtime collaborators Sly and Robbie, and Swedish outfit Teddybears, which remixed Cobra’s Press Trigger in the 2004 pop song Cobrastyle.

When he is not recording, the Flex star is performing worldwide, most recently at the Chicago Jerk Fest at Washington Park, Chicago. He counts his primary fan base as Europeans, and has a two-month tour organised for the continent, starting November.

“We’re gonna do five shows in England, then about eight in other places in Europe,” he stated. “Whenever I do concerts in Europe, I’ll have like a 7 p.m. concert and a 1 a.m. in the same venue, and it is always packed. I appeal to the younger audience, too, ’cause I do songs that live on, songs that someone can take up 20, 40 years from now and it’s like those songs have just been recorded.”