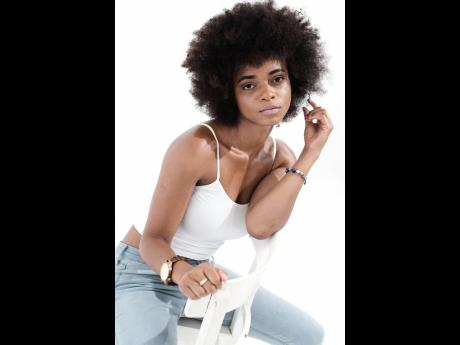 Lila Ike and Sevana, the two ladies of Protoje’s In.Digg.Nation camp, are on a trip with their leader taking on the United States (US) east coast. For Sevana, it’s her first time in the Big Apple. For Lila, she is in promotion mode following the recent release of her latest single, Where I’m Coming From. But for both, this trip has established that a fan base exists in the US, and they are readying themselves to take it on. In addition to hitting a number of stages with the label boss and special guest artiste Jesse Royal, the two singers are making the rounds, rubbing shoulders with major international players like streaming giants Tidal and Pandora.

“Coming to New York for the first time is really surreal. I’m familiar with it just because of films, and New York is well represented in movies. it was surreal, but it also felt familiar. I feel like I fit in here. It’s always good to come to a place and feel like you have a space there. It is like a dream come true because the energy is so in line with how I am,” Sevana told The Gleaner.

Based on these recent performances, Sevana reported a good reception. “It’s pretty good. And then also the statistics that I saw when I went to Pandora, it seems like people are listening to my music all over the US. I think there is a fan base; it’s just now to activate those people who I have already reached and get them to work for me. That’s the next step,” she said.

Following the release of her latest single, Lila is this week’s face of Tidal’s Dancehall Rising playlist. She also has another track that was released at the same time as Where I’m Coming From, a collab with Tarrus ‘Singy Singy’ Riley. The track, called Dangerous Waters, features on Riley’s latest album, B.L.E.M (Blending Life’s Experiences Musically). “Things are popping, man. And you soon get new music,” Lila told The Gleaner.

Her labelmate, Sevana, has also promised new music to tide her fans over during the summer. “ Nobody Man is coming out on July 19. In the video, I’m deejaying, I’m dancing, basically using all my gifts to support my purpose and my dreams. I’m really excited about that. So let’s see how the people dem respond to it,” she said.

As for Lila, there have been rumours that the raspy-toned songstress will hit the Reggae Sumfest stage later this month. “The rumours might or might not be true. Let’s just wait and see wah gwaan, nuh?” she said coyly.