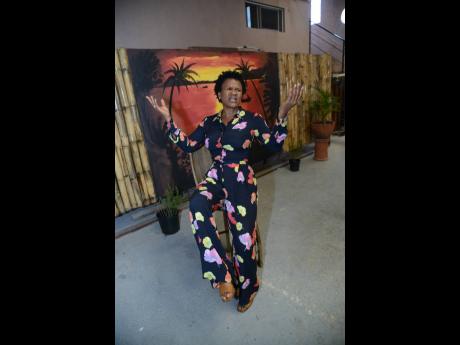 Controversial 6ix Boss, Squash, makes a call to Murda People in one of his biggest hits. But Squash isn’t a believer.

In murdering people, that is. He says that he’s a nice guy. However, he truly believes that the violently outrageous and oftentimes explicit lyrics he promotes in his songs are simply what his fan base craves.

Squash also believes that “nice music” is ineffective in reaching the masses. “First and foremost, if you sing good music, you get less attention. Dem nuh too wah hear dem ting deh. When you sing a bad man song, you hear it every day pon the school bus,” he declared.

The entertainer was held in police custody for months during the Second City’s controversially extensive state of public emergency last year, and when questioned about the reasons behind his incarceration, he disclosed, “They said I’m a bad influence. Ah must the song them lock me up for. Cyaa nuttin else. Them ask why me sing me song them so derogative, why me so violent. So ah muss me music. Cyaa nuttin else,” he told The Gleaner last Thursday.

In another case, a former danchehall performer, currently known as Minister Marion Hall, in a 1998 radio interview, declared that her dancehall persona — Lady Saw, has always been an act. Professor Carolyn Cooper recalled then that the raunchy artiste, known as dancehall’s ‘mumma’, drew a clear line between her work and her personal life. “I’m a nice girl. When I’m working, you know, just love it or excuse it,” Hall said.

Still, it’s a circumstance that begs the question, why do dancehall artistes continue to write and produce songs that are ‘raw’ raunchy and violent, and which place them under the watchful eyes of the authorities, or force them to beg forgiveness, or make complete lifestyle changes in their later years?

That has been the Montego Bay resident’s problem since he hit the dancehall scene in 2017 and subsequently grew into one of the island’s hottest contemporary acts. Squash’s manager, Heavy D has a socio-economic theory that posits that people who can readily connect and identify with ‘raw’ content are the majority. “Rap and dancehall music have the same trend, where people like Squash get targeted. I used to sit and wonder why. Maybe it’s because of the raw content of the music and maybe the bad are attracted to them. But remember, you have far more ghettos than you have nice communities,” Heavy D said.

He added: “The people who listen to nice music have a whole heap of choices of nice music. The ghetto people only have one thing — and it is our dancehall music. Whether you like it or not - right across the Caribbean and parts of America, Europe — everywhere those kinds of people live, where ghetto people live, dancehall and rap music will take effect.”

Legendary music producer, Gussie Clarke, disagrees. “I don’t share the view that you must have negative music to get a positive affection from the people. We are a people with a rich culture of making great music. The issue is that radio, media and dances are not necessarily supporting great music any more — hence what we hear.

Popular music is now dictated by the sound systems and their operators. There are a whole lot of oldies and big people sessions that do better than the standard dancehall session like Uptown Mondays,” he said.

Clarke believes that it is the positive music that put Jamaica on the map as a global musical force.

Understanding and appreciation of dancehall music’s resonance with the ‘ghetto’ populous may come easier if the introductory thought is, ‘art imitates life’.

However, that idea feeds assumptions that recording artistes are effectively and convincingly relaying personal, lived experiences. Squash, real name Andre Whittaker, covered in tattoos over a complexion lightened by bleaching, describes himself as “a normal youth from Salt Spring.”

Surprisingly contradictory, even the meaning behind this dancehall artiste’s alias suggests that his true persona aligns with pacifists, and not murdering people as his musical persona suggests.

“A whole heap a little fight used to gwan in my community, and I would be the one fi always part it. Everybody ah fight and me always ah guh in the middle. Mi always ah squash down di whole ah di fight dem. And ah me you have as the bad seed, when me ah di good one,” he revealed.

Squash shared that he will try on some positivity later this year. “Right now, wah me ah do right now, is to do more positive songs and advise the youths to do the right thing,” he said. He has already recorded some uplifting songs, which he says are palatable for the old, young and Christian and by August, these songs should hit the streets.