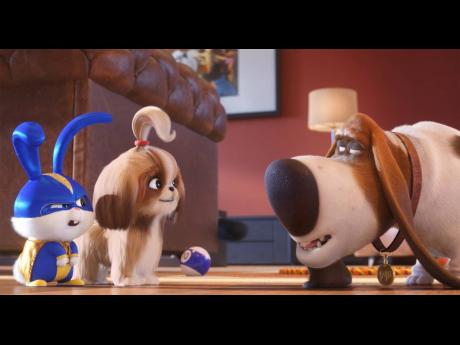 An addition to the family brings new responsibilities in ‘The Secret Life of Pets 2’.

Terrier Max is coping with some major life changes. His owner is now married and has a toddler, Liam. Max is so worried about protecting the boy that he develops a nervous tic. On a family trip to a farm, Max and mutt Duke encounter canine-­intolerant cows, hostile foxes and a terrifying turkey, all of which only elevates Max’s anxiety. Luckily, Max gets some guidance from veteran farm dog Rooster, who pushes Max to ditch his neurosis, find his inner alpha, and give Liam a little more freedom.