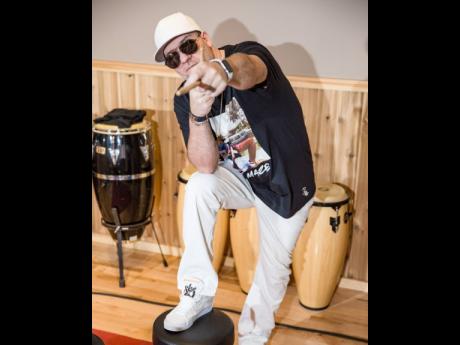 Canadian singer, Snow, is not a man who is easily influenced by the noise. His words and actions delineate that he does what he wants to do, when he wants to do it. Interestingly, when it comes to his love affair with reggae and dancehall music, he makes it clear that Jamaicans call the shots.

In the most sanguine tone, he relayed that if Jamaicans had ever accused him of appropriating or misrepresenting dancehall music, just like that, he would have pulled the plug on his career.

“I had to get approved from Jamaica before anybody else could really like me and I understand that,” he told The Gleaner. “If Jamaicans came to me and said, ‘Yow Snow, we don’t understand you doing the music’, I’d step back and say ‘Fine’, and just listen instead. I like listening to reggae artistes better than singing anyways, so I would have stepped back, but they didn’t, they told me to do my thing.”

His stamp of approval gave rise to a whirlwind career, making him the first white deejay to go mainstream. Caucasian British deejay, Dominic, had broken ground in the 1980s, but it was Snow who would create notable history and global interest with his chart-topping records, gritty background and alluring demeanour.

Who was this white man doing dancehall music? That was the question some Americans were asking when his debut album, 12 Inches of Snow, hit record stores in 1993. The album sold eight million records worldwide, hitting triple platinum in Canada, and featured the lead single, Informer, which made history in the Guinness Book of World Records as the best-selling and highest-charting reggae single ever.

The song was inspired by his first stint in jail at age 19, where he served a year for several charges, including assault. By the time the song was released, Snow had just completed his second stretch behind bars for assault. Critics were the last thing on his mind.

“Some Americans were saying that there are no black people or Jamaicans in Canada, so who is this white kid?” he asked. “They were ignorant and didn’t know about the place I grew up. I had just gotten out of jail for years, you think this is gonna bother me? I’m happy to be outta jail and I’m happy Jamaica likes me. I was on top of the world.”

Given name Darrin O’Brien, Snow was raised in Island Berry, an Irish project in Canada. His introduction to reggae music came courtesy of a Jamaican family next door, when he was 13.

“They cut my hair short, they put the round glasses on me and they played me reggae music,” he recalled. “I’d take the cassettes from them and listen to Echo Minott, Cocoa Tea, Tenor Saw, Michael Rose and Junior Reid ... and I just listened to them, never thinking of being a singer. I would ride around on my bike listening to these guys, with my Rasta necklace on, and one day someone said I should name myself Snow White. Of course, that’s a girl name, so I just went with Snow.”

He teamed up with producer/rapper MC Shan in the late ‘80s, and said he chose to pursue Jamaican music, despite other commercially successful genres.

“I grew up with rock and roll, I could have gone country, cause when I looked at the Billboard charts those guys were going diamond and selling millions of records,” he said. “I wasn’t in it for the money, I went with my heart and my heart was reggae music. It wasn’t the biggest selling music in the world, but it’s the greatest music in the world, because it has the most heart.

When I hear people call other artistes culture vultures, I try to see if the person loves the music, even if he is not the best. If some guy came up doing Irish music, I’d look to Ireland first; if they love him, then, who cares what anyone says? If I didn’t like reggae music I wouldn’t do it at all, it truly hypnotised me.”

The inevitable spotlight and celebrity life grew taxing for the entertainer, who has laid low for several years.

“My people will say, ‘you got talent, you should be out there making all that money’, but I don’t care about the money,” he said. “I’m not saying I’m rich or anything, but I’m good. There are places I would like to touch, like the Jamaica stage, but I’ve been blessed to have the career I had. I’m still listening to my reggae, though the music sounds more European-ish. Vybz is still killing it from the inside and I like that Koffee girl’s style. There’s a lot of life in dancehall, and they should know that they’ve got it going on, so don’t try to sound like other genres.”