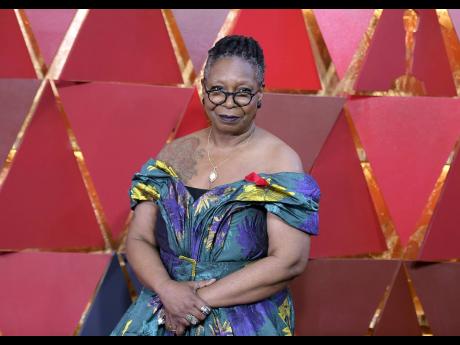 Whoopi Goldberg feels “very, very lucky” to be alive after being hospitalised for almost a month.

The 63-year-old actress fell ill with what she thought was a cold last autumn, but in February this year, she was diagnosed with pneumonia in both lungs, as well as potentially fatal sepsis, which can lead to tissue damage and organ failure.

While in hospital, the Sister Act star underwent thoracentesis twice, a procedure to drain the lungs in which a needle is inserted in the space between the organs and the chest wall to remove fluid.

Whoopi took a six-week break from The View and though she’s been back four days a week since March, she’s still not fully recovered.

She said: “It’s going to be a while before I’m back to 100 per cent. It really took me down, but I’m getting there.

“I’ve cut down a lot of the stuff that I would normally be doing and I have to rest.

“There’s no getting around, it. In the morning I go and do the show, then afterwards I have my other work, and by 3 o’clock, I have to sit down. I have to stop. It’s taking a little while, but I’m getting there.”

Whoopi hopes her struggle will act as a “cautionary tale” for others and called for people to “take the time” to look after themselves.

She said: “I never thought of pneumonia as something that serious. In my mind I wasn’t that sick.

“I hope that this is a cautionary tale for people. You have to take the time to take care of yourself.