Carey Sayles, the ‘chips man’, now the toast of gospel 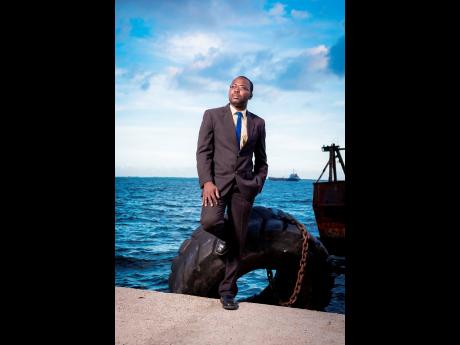 When a young Carey Sayles entered a singing competition at his primary school, it was really because his first-grade teacher had recognised his talent and was determined that he would sing – and sing loudly, too.

She even locked him in the classroom and told him, “Sing!”

But, alas, all her efforts were in vain, sort of, because, as Sayles recalled, “I went on stage, held down my head and I don’t think anybody heard one word I sang.”

With that inauspicious start, it’s hardly surprising that Sayles’ journey to success in that arena has been a bumpy ride. Although he usually ended up on a choir –whether it was the children’s choir at the Trench Town Seventh-day Adventist Church, or the choirs at high school and university – the dynamic singer and minister was not really known for singing.

“After leaving Half-Way Tree Primary, I attended Kingsway High and then NCU (Northern Caribbean University), but I wasn’t known for singing,” he shared with The Gleaner. “At NCU, the choir rejected me when I went to audition, because they said I needed more training before I could join. However, because I used to sell snacks in order to send myself to school, everybody on campus knew me as the chips man,” the acclaimed gospel singer revealed.

Sayles, whose talents were unearthed towards the end of his NCU sojourn, recalled that one sports day, he was asked by a friend to sing the school song. So, with his chips bag in one hand, and the mic in the other, he belted out a rather emotional rendition of the school anthem and blew the place away.

“I stunned everybody,” he said, laughing.

A star, as they saw, was born. Sayles was later asked to sing at his own graduation, and, he has been singing non-stop ever since.

Gifted with what his biography describes as “a tremendous vocal talent that lends itself to a wide range of expressions”, Carey Sayles is now a big-ticket draw at major gospel shows, both locally and internationally.

This music minister, who also works with the NHT, has so far released three albums – The Father Loves Me, Love Praise Hope and If I be Lifted Up – and is currently working on a fourth. A member of the groups Hearts in Harmony and Gloria, he was also a lead singer for Maranatha Ministry Group, all belonging to the Trench Town SDA Church.

Sayles, who says he has totally dedicated his talent to the Lord, has chosen to stick to traditional gospel, rather than the pop-flavoured servings that many in this genre serve up to millennials.

“I love gospel. I don’t do reggae gospel,” he said, unapologetically. “I am definitely ‘church boy gospel’,” he added. The standout act at last Sunday’s Mission Possible concert at the Ranny Williams Entertainment Centre, Sayles is more focused on his ministry rather than his talent.

The toast of Adventist circles, he agreed that it is a challenge for gospel acts to remain clothed in humility, especially when they touch the stage and fans (a word he objects to) scream their name. But he has the recipe for keeping a level head in the midst of all the praise.

“You must be a Christian first before you can do gospel,” he charged. “The thing is, when you work for the Lord and nobody knows you, it’s okay. But when the light starts to shine on you and people scream out your name, then at that point you have to fight against self, because self wants the glory,” he stated. “In gospel, you can’t be a star, you have to be a moon. You have to reflect the light, you can’t be the light.”

Sayles says that it is indeed true that “the more you get famous, the harder it is to be humble.” But he pointed out that “the more haughty you are, the more damage you do to the kingdom. The gospel requires you to love. You can’t go to a show and because the money and other things not right, you decide that you not going on stage to minister. The reason for you being there is ministry. Ministry cannot be good only when money is paid.”

Sayles grew up in Arnett Gardens and his life experiences have shaped his future, giving him the zeal to show others that one does not have to be limited by one’s environment. He saw many of his friends turn to gun, and he himself has had brushes with death, but “because of the care of my mother, stepfather, and the protection of my Heavenly Father, I was able to resist the forces of the evil side,” he said.

Adopting an attitude of gratitude, Sayles, who has travelled to the United States, Bermuda, British Virgin Islands, Trinidad, Antigua and Cayman, says, “God had opened doors for me that I never thought was possible. To sing for God is an honour and a privilege.”

Sayles, who was baptised at the age of nine in a crusade sponsored by the Trench Town SDA Church, is married to the former Sharilyn McKenzie, who is also a singer.