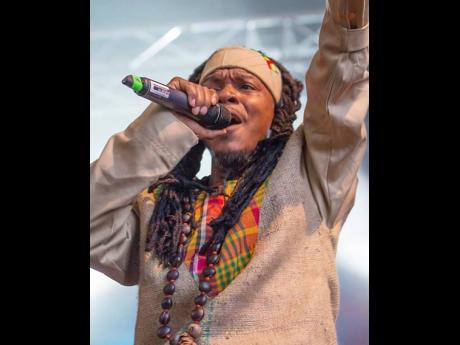 This Jamaican artiste spiced up his reggae music offering with personable lyrics and memorable hooks, and with a name that signifies his love for the environment, Nature – or Nature Ellis as he currently goes by – has used elements of nature as lyrical metaphors.

Recently, Nature Ellis released a new single, a collaboration with Drew Stewart titled Love Me, an emotional, spontaneous, and soulful track speaking to man and woman relationships, but the use of the word ‘rainbow’, and it being highlighted in the lyric video, was misinterpreted as advocacy for the lesbian, gay, bisexual, and transgender (LGBT) community.

Level-headed as usual, Nature Ellis’ said, “I am a writer who speaks about nature and I am inspired by nature – that’s my name – the rainbow is part of that. When I did Love Me, I also was not expecting I would have to explain my reasons for using the rainbow, until people started to take it as advocacy for a specific community. I wasn’t thinking about the rainbow or its colours representing LGBT.”

Persons have been making their views known by posting comments under the song on YouTube. “The song sounds good, though. It has an international feel and could do a nice dance or EDM remix. But why the colours of the gay flag?” a fan named Roger asked.

“I would like to make this clear, especially on the very delicate topic. I do not want to emphasise on the rainbow part of the song, but it is simply about me talking about the love between me and my significant other,” Nature Ellis said. “With regards to the rainbow, it has been around long before persons take it and make it into what they want to make it into.”

When writing the song, the reggae singer said that he was looking at nature and trying to find the best comparison to the love that he shared with his woman, and he found it with the lyrics: ‘Like a rainbow in the sky, like an eagle soaring so high.’ He explained to The Gleaner, “Using a metaphor of how high you want your love, what else is high in the skies? If a child comes home and ask what a rainbow is or what the colours in a rainbow are, a parent would explain that it is God’s creation and focus on the positive meaning.”

Nature Ellis also made a post on social media explaining that the rainbow is an obvious symbol of peace and serenity, feelings that are often evoked when looking at a rainbow, emotions that are often expressed in reggae music.

“More significantly, rainbows are often seen after a rainstorm when the sun breaks through the clouds,” he said.

He notes that entertainers and listeners who have an issue with the rainbow, based on its use by other societies, are not strong-minded.

He also shared that Love Me is a step towards a different, creative direction, exploring a different sound. The track is the very first single from the upcoming EP, Drew Stewart Presents: Reggae from West Kingston available through the Then Now and Forever label.