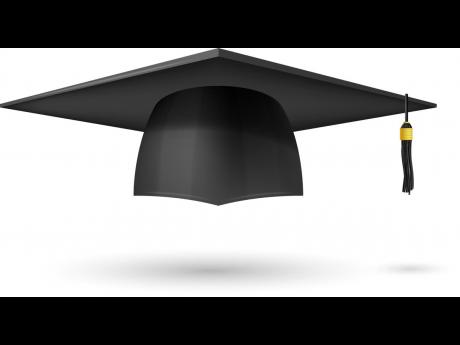 A live band smoothly transitions from Chronixx’s Legend to Freddie McGregor’s I Was Born A Winner, and a sense of pride and accomplishment pervades the air. Then comes a remake of Busy Signal’s Stay So, quite the jump but still fitting to the strife one may encounter on the journey to success. With a few ‘flairy’ moves here and there, Post Malone’s Congratulations is next, and cheers can be heard all around, which, ultimately, takes us to church.

“I am a promise, I am a possibility…” fills the halls, but instead of the usual clapping, a popular Afrobeatz rhythm takes its place. Before you know it, it is the affirming words of Chronixx’s Legend that culminate the selection.

This was not a stage show or a party, it was the graduation ceremony for the 2018 graduates of Jamaica College (JC), and as millennials would say, it was lit!

The graduating class this year ‘6ix-danced’ through their presentation as the boys performed a refreshing take of Juggernaut by Alkaline. Their culturally infused performance mirrored that of the graduating set of 2017, whose shoulder-flinging rendition of Likes by Chronixx reaped thousands of double taps and shares on Instagram.

Over the past three years, local high school graduation ceremonies have adopted a new feel and sound. This new wave suggests that graduates need not be bound by the crescendos of Bette Midler’s Wind Beneath My Wings, or the thick texture of Whitney Houston’s Greatest Love of All. Inspiration and options lie all around, even in the creole-filled dancehall genre, and Jodian Blake saw that. Blake is a background vocalist for Kabaka Pyramid and teaches information technology at JC, where she has been involved in preparing graduates for their big day through her company, Tuning Fork Jamaica.

“Over the years, graduation ceremonies and its presentations are often mundane and monotonous. today’s generation prefers a more interesting way of expression that they can identify with,” Blake told The Sunday Gleaner. “I aim to choose songs that represent them and what they are in tune with, uplifting and inspirational songs that also support the core values of the institution. As a teacher, through my interaction with the students, I can’t help but develop an appreciation for their interest as this is a source of entertainment and connection both in and out of the classroom.”

Based on her experience, Blake said that students and even attendees are more receptive to the use of lively, contemporary music.

“The focus of graduation is, and should always be, about the students, so it is important to include their own experiences and interest into the presentation as they now try to leave an impression on their family about their life in school. It creates a vibration that transcends throughout the entire audience. the energy and life it brings to the presentation are resonating and unforgettable,” she stated.

Blake said that she has not received any backlash for using popular music and said that more schools are adopting “this revolutionary way to bid their students farewell”.

Though the selections complement graduation themes, some songs are recorded by artistes, like Alkaline, who also pen lyrics glorifying violence. But Blake said this should be no indictment of dancehall being used during the occasion.

“Not all dancehall songs are projecting violence or derogatory messages. artistes sing on a variety of topics and oftentimes sing about their own lives and experiences, which, at times, are true reflections of what many of our young people have or are experiencing,” she said. “To deny dancehall is to deny our culture. Schools are not sending the wrong message by facilitating our future leaders’ desire to embrace and express their culture. The graduation exercise is another teaching moment that demonstrates how we apply critical thinking in making use of the tools around us to convey a message and we use morally sound music to do that.”

Long-time collaborator of Alkaline’s, Johnny Wonder, agreed with Blake and said he was overjoyed when he saw graduates performing to Juggernaut, which he executive-produced.

“I loved it when I first saw it. I got the chills,” he said. “High schools in America use popular songs, too, so I think it’s great that the kids are bringing new things to the table. Let the young and progressive be heard.”

And for schools still reluctant to change their tune for the next graduation class?

“Challenge yourself to step out of the box. you want students to leave the school feeling proud in that final and significant moment,” said Blake. “Graduation is a time of excitement and recognition, and it is okay to celebrate with your students how they know best as long as the methods and selections are not rowdy and are done in such a way to represent the school well. Tuning Fork Jamaica is here to support schools that want to bring life to their graduation presentations by catering to all their musical and sound needs.”