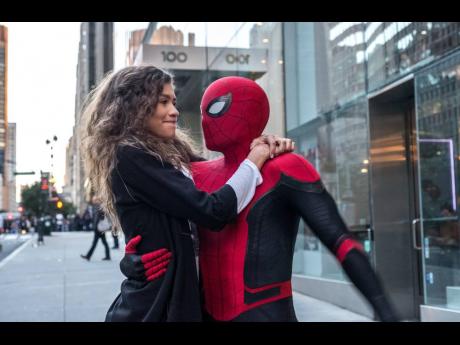 After his stint fighting Thanos, dying, then coming back to life, Peter Parker is back in his friendly neighbourhood. A place he’d like to stay for as long as possible. From a character whose entire motivation for the last four films has been ‘become an Avenger’, it’s a refreshing change of pace. Right now, he only wants to focus on getting closer to a girl he likes on a class trip. One that is quickly upended by the appearance of a magic man with a fish bowl on his head, monsters made out of elements, and Samuel Jackson’s umpteenth appearance as Nick Fury.

It’s a perfect premise for a Spider-Man movie, one that the film explores with the tone and pacing one expects from Marvel Studios. It’s a mostly light-hearted comedy with moments of dramatic tension, and real stakes. Everything is tied together rather neatly and synchronises well with Peter Parker’s personal plight. Tom Holland gives his best performance as Peter yet, with scenes where it’s painfully apparent how much he’s struggling with being a hero.

It’s the humour that seems to fall by the wayside. There are several laugh-out-loud moments in the film, and the film does an excellent job of coming up with new and creative ways to make you laugh, mostly using Peter’s classmates. That is until it doesn’t. At a certain point, these characters are less entertaining and more grating than I would have liked. So much so that their presence in the film actively worked against it, and made it feel woefully uneven.

The problems don’t end there, I’m afraid. Scenes in the film fall flat, especially with a story that is, at times, overly simple. The movie didn’t have to be a complex and sophisticated study of the human condition. But it felt like it was following an extremely basic formula throughout, one that it flirted with subverting but never quite got there.

Ultimately, Spider-Man: Far From Home is a fun, energetic, and entertaining blockbuster, and far better than what’s been in cinemas these last two months. It also has one of the best visual effects sequences when Jake Gyllenhaal’s Mysterio ratchets his abilities up to 11. Still, as much as I wanted to love the film, too many things stood out as problems rather than nitpickings. You should still see it in the cinemas, but maybe at a discount.