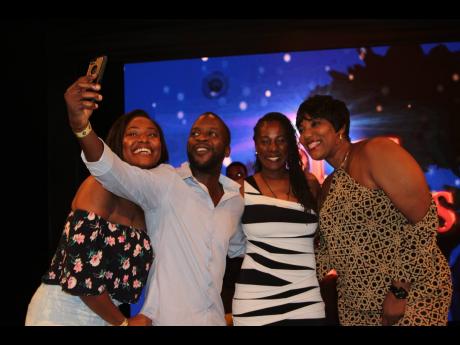 Besides directing a story in a powerful way to stimulate a wide range of emotions in the target audience, a screenwriter and producer must know how to win the approval of potential sponsors to not only fund the production, but drive long-term awareness of the brand.

Similar to the adage “it takes a village to raise a child”, it takes a whole team to achieve that goal, says screenwriter of Ring Games, Dahlia Harris.

The second season of Ring Games premiered last Saturday, July 13, on Television Jamaica, about which Harris said to The Gleaner: “Would not have been possible without the whole team. We can talk about the writing and the actors. Of course, these guys made it worth it, but it is a combination of persons behind the scenes, sponsors, and general support of the people to move this production forward.”

Harris shared that Season Two secured the support of communities, public spaces, and businesses such as Allman Town, the Norman Manley International Airport, The Jamaica Pegasus, The Wine Shoppe, and Ribbiz to shoot various scenes.

“Let me tell you something about Jamaica people. If dem believe something or someone has ambition, they are with you,” she said. “I think one of the things Homegrown (the unit responsible for creating quality local content at TVJ) wants to ensure is that all Jamaican products on television remain authentic but can be enjoyed by locals, and the rest of the world can watch what we, as Jamaican talent, have to offer. I said this to the cast: “This [Ring Games] is going to be the springboard for all of us.”

Harris noted that the first season of Ring Games, which premiered in December 2016 with eight episodes, did not receive sponsorship. Based on feedback given to Homegrown from corporate Jamaica, there is an even greater interest to provide sponsorship for current and future productions of the TV series.

“I am just happy to meet the expectations and present quality Jamaican content to the people,” the writer-actress said.

Harris was not far from accurate as one central company that recognised the project’s potential, WorldNet Investments Limited, signed on to sponsor the second season – the first business venture of its kind for a company widely known for its micro and small business as well as consumer loans.

Sophia Francis-Richardson, WorldNet’s operations manager, told The Gleaner: “We saw Season One, and when their team presented their proposal to us based on the outline shown to us, we thought it [the brand] worth being affiliated to a locally made programme with the quality and professionalism displayed and [thought] it best to align ourselves with it as its reach would help our own products and services,” she said. “Adding to that, the series speaks to ‘now happenings’ and it is relatable. Dahlia really did a good job at bringing that out,” she added.

Chas E. Ramson’s brand manager, Marsha-Lee Stewart, who attended the pre-show premiere screening at TVJ’s studios last Friday, commented: “From what I have seen so far, other brands will be jumping on board to sponsor because from I can identify with the content, it is relatable and it definitely has a premium look and feel to it. It is also amazing that the series has been able to merge old school with new and up-[and]-coming school film personalities,” she said.

Judith Alberga, manager of Homegrown and the Content Monetization Unit, said they have been meeting their goal, which is “primarily to create local content that is of global standards.”

In terms of providing support for local content, she added, “That is the only way to stand out here, especially with the increased accessibility to overseas productions via cable services.”

At the pre-show premiere screening of episodes one and two of Ring Games held at the TVJ studios, cast member Christopher ‘Johnny’ Daley said: “I know how difficult it has been for local creatives to convince private and public entities to help produce local content, so I am in full support of Homegrown productions that are focused on the highest quality, all the more so because I am interested in adding to our cultural legacy and leaving doors open for the next generation.”