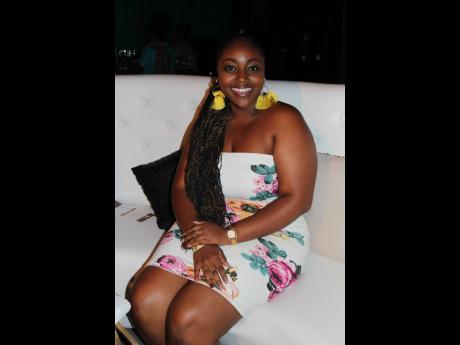 Stephanie Lyew
Monet Flowers was all dolled up for the private screening of episodes one and two of ‘Ring Games’ Season 2, last Friday, July 12. 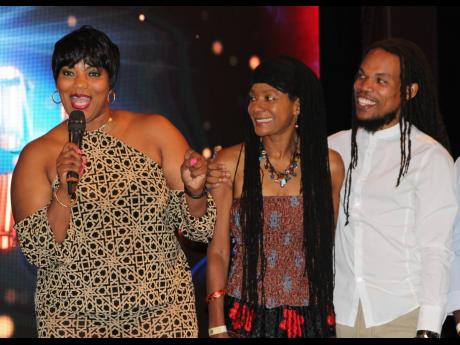 Stephanie Lyew
Actress and ‘Ring Games’ screenwriter Dahlia Harris (left) expresses gratitude for the production of the second season of the series; looking on are cast member Bertina Macaulay who plays Stephanie, and Kadeem Wilson, who plays Alex. 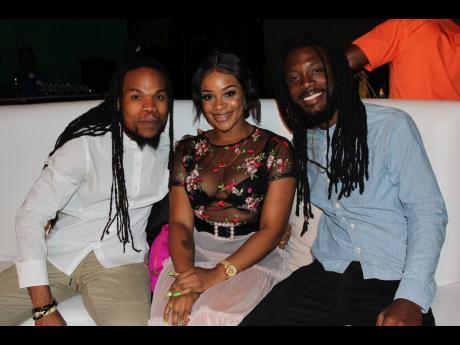 Stephanie Lyew
Cast members of ‘Ring Games’ Season 2 (from left) Kadeem Wilson, Stacy-Ann Facey and Melbourne Douglas sat back and relaxed as they watched themselves on the studio screen during a pre-show of episodes one and two of the television series. 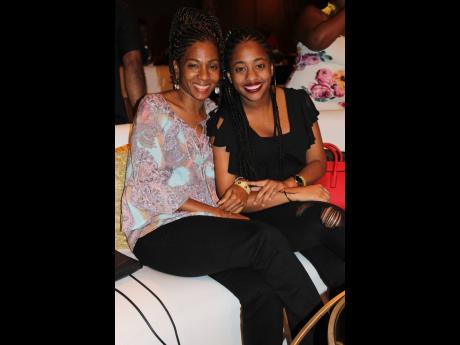 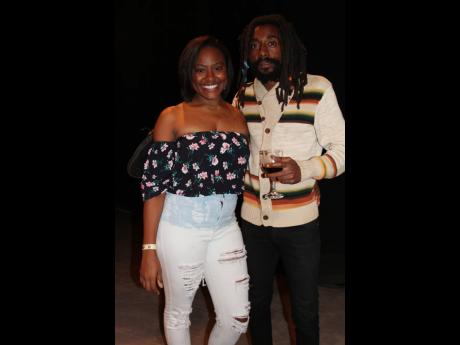 Stephanie Lyew
Cast member Stephanie Hazle is joined by actor and recording artiste of NoMaddz Everaldo Creary at the recent pre-show of the first two episodes of this season’s ‘Ring Games’, held at the TVJ studios last Friday, July 12.
1
2
3
4
5

Before the second season of Ring Games premiered on TVJ last Saturday, July 13, the production team thought it important to host a private screening with sponsors and specially invited guests.

The television studio at TVJ was on Friday transformed into an ­intimate bar and lounge setting fit for any film premiere. Without reservation, persons started to line up to request their special cocktails, wines, delectable appetisers and oh … popcorn – filled with buttery goodness.

The guests were settled in short time to see what Season Two had in store, and they were more than satisfied to learn that the in-house screening would bring not just one, but two of 13 episodes.

The 24-minute production starts out in a typical Jamaican setting – a restaurant and bar where the staff, especially ­bartenders, make no joke to tease each other. The characters Brandon, Richie and Alex, played by actors Melbourne ‘dBURNZ’ Douglas, Christopher ‘Johnny’ Daley and Kadeem Wilson, respectively, are ­presented ­effortlessly, enough to let the viewer feel that the scene is almost real.

The battle for love and acceptance in the latest season not only comes from relationships. In also comes from the family and ­workspace, where more than two persons play a role in ­decision-making. It may be ­admitted passé to explain how relevant the storyline is, but Ring Games taps into these situations as well as a conversation that is hardly ever spoken of in Jamaica’s ­society – the relationship between an older woman and a younger man.

It is actually normal; episode one alone captures the true essence of that ‘game’.

Dahlia Harris, the lead actress and the writer of the series, said, “I thought the older ­woman-younger man relationship was a topic that everybody has been talking about and I will just say I know a lot of relationships like that, and while scenes that show intimacy between my role as Margaret and Brandon will have the ­audience screaming, that’s not all the ­relationship is about.”

Relating to personal relationships, she said, “It is always more than the two persons involved; the mother, the friends, the place you are working … it’s ‘bad-mind’ people like Johnny’s character … and it’s instances where an ex-lover comes back into the picture. Once I got the characters together in my head, they kind of began telling the story for themselves.”

In Season 1, Betty, the helper, played by Deon Silvera, got engaged to Margaret’s father, Joseph, played by Volier Johnson, which added to the dynamics of drama that attracted viewers and kept them watching. For the viewers inside TVJ’s studio, they were left to wonder which man will come out on top by the time episode 13 is aired (evident from all the chatter and applause as the second episode ended) – essentially Harris’ goal once she had the script complete.

“One of the things we try to do to keep the show sustainable is with each season, to include new relationships and rotate stories in order to keep it fresh. Is just a whole heap ah drama yah, yuh just have to tune in,” Harris said.

“It was thoroughly enjoyable and filled with sensible drama. For me, an individual who has not seen all of Season 1, I was not lost because of Season 2’s originality, and I believe it is great that we have local stuff that can be enjoyed by the diaspora,” Bernadine Simpson said after watching the two episodes.

Ring Games airs on Saturday nights at 9 p.m. and Thursdays at 11 p.m. on TVJ. The previous season is available on 1SpotMedia.