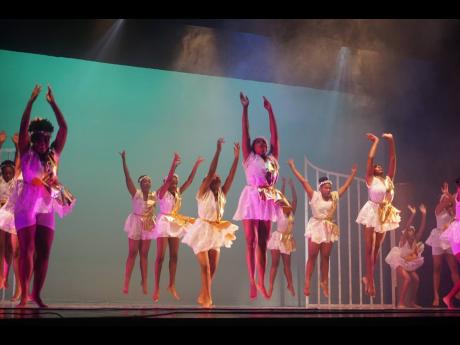 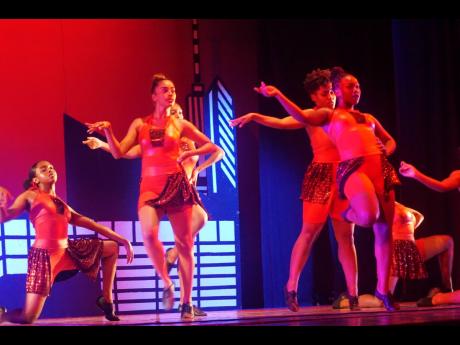 Contributed
Glitz and glamour were vividly displayed in the Oraine Frater-choreographed ‘Jazz in the City’. 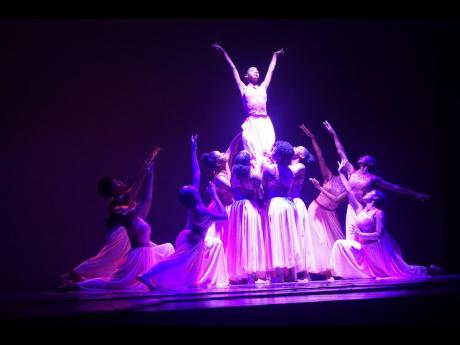 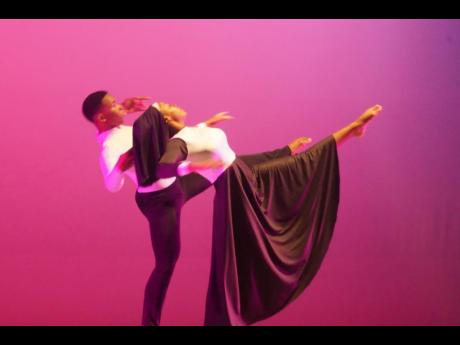 It was a dance show of the highest calibre, especially for a local high-school production. From the spectacle of costumes, set and props, to some amazing dance formations, beautiful body extensions and gripping display of emotions, the talented students of Campion College Dance Society delivered a show that delighted the full house. They titled it Ultima, and it was a first-class display – from the opening dance to the final performance.

The ninth staging of the Dance Society’s season of concerts was held on Sunday at the Little Theatre in Kingston. The excellent display by the dancers was a reflection of the pool of creative choreographers, headed by the Dance Society’s artistic director, Dwright Wright, and which comprised Oraine Frater, Orville McFarlane, Kareen McLean and Renee I McDonald. There were also three guest choreographers – Robertha Daley, Arianne Roxburgh and Marlon Simms.

Seven works were premiered for the 2019 season, among them the opener, Heaven, choreographed by Frater, McFarlane and Wright. It was a perfect beginning for the Catholic school. As the title implies, the dance reflects the joy and tranquillity of the majestic heaven. Graceful leaps and perpetual motion into various formations, highlighted by the Kaye-Ann Green-designed costumes, kept the illusion alive. Quite deservingly, it was also used to close the show.

Shadowland, choreographed by Frater; Rhythmically, choreographed by Daley; Black Legion and Aria by McDonald; Holy, Holy by Wright; Mercy by McFarlane and Break the Ice, choreographed by Roxburgh, were creatively conceptualised and powerfully delivered. And, no doubt, left indelible impressions on the minds of patrons.

However, it was two of the remounts, Wright’s In Memory of … (2014) and Frater’s J azz in the City (2017), which will linger for a longer time. In Memory of …, a dance drama tribute to three of Jamaica’s children who died tragically, was divided into three movements. The first was choreographed by Simms, with Wright given credit for the second and third. It tells the story of a young man whose troubled life leads him into crime and, subsequently, his death. Jevon Ferril and Aaliyah led the dance that was wrapped in passion and credibility.

On the other side of the spectrum, Jazz in the City was glitz and glamour. From a grand set to glitzy costumes and some fine dance movements, Frater’s concept was vividly displayed. The lighter side of humanity was also captured in Wright’s 2012 Friends For Now, and the playfulness and humour delivered by Justine Lewis and Ferill proved contagious.

With such excellent performances from the troupe, it came as no surprise to hear that when the National Dance Theatre Company’s (NDTC’s) 2019 season opens, nine members of Campion’s Dance Society will be counted among them