Ed Sheeran going to Africa to chill after tour 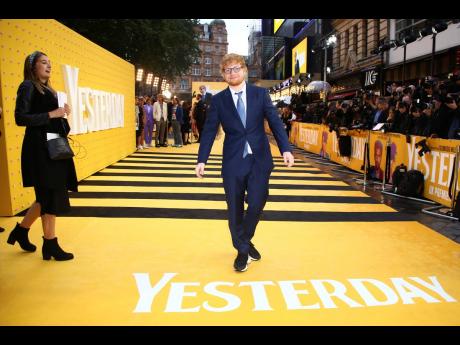 AP
Ed Sheeran poses for photographers upon arrival at the premiere of the film ‘Yesterday’ in London, last month.

Ed Sheeran wants to “get back to Africa”.

The 28-year-old musician previously spent some time backpacking through Ghana when he took a break from the spotlight before releasing his hit album, Divide, in 2017, and has said that he’s keen to head back to the African continent.

Sheeran, who says he especially wants to visit Nigeria, plans on jetting off to Africa once he’s played the final show of his tour in Ipswich on August 26, as he told The Sun newspaper’s Bizarre column: “I’ve got to get back to Africa. After the tour I want to go and chill out there. I was in Ghana a few years back and I loved it. Now I need to go to Nigeria. I heard the jollof rice is really good there.”

The Shape of You hitmaker will no doubt spend his time in Nigeria with his wife Cherry Seaborn, whom he married in August last year after having been engaged since January of the same year.

And their trip overseas will please Cherry, as Ed recently revealed she is becoming concerned that he spends all his time at his sprawling home in Suffolk in East England – where he has his own pub and entertainment centre – as she believes he doesn’t “go out” enough.

He said: “Cherry’s trying to get me away from it. She’s scared that the pub, the cinema – I’ve made it like my friends can just come here now rather than me going out. Cherry’s always trying to get me to go out more and more.”

And although she doesn’t enjoy seeing her spouse “mobbed” by fans, she doesn’t think it’s “healthy” for him to isolate himself.

He added: “She’s seen [the mobs], she obviously doesn’t like it. But she says it’s not healthy to do this.”