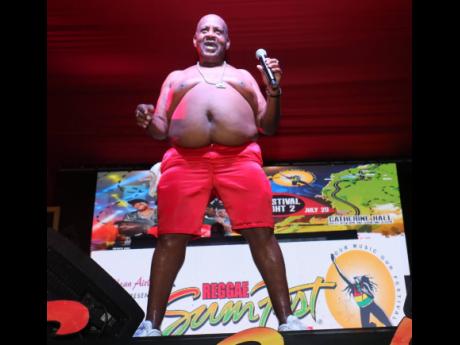 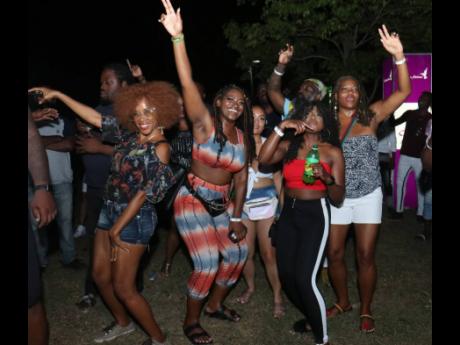 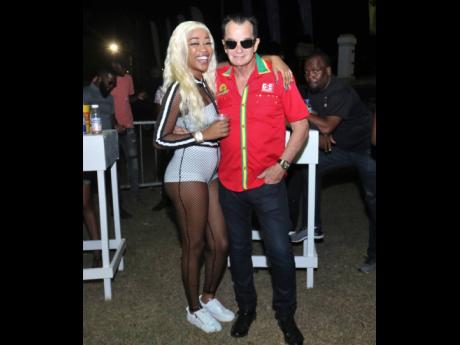 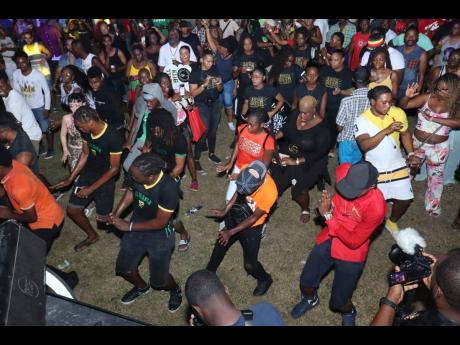 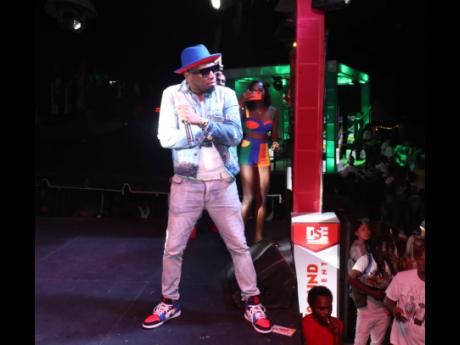 “People warn me seh me nuh come because the 6ixes wi kill me, but dat couldn’t stop me,” said Foot Hype, as he strolled to centre stage in the jam-packed Old Hospital Park on Jimmy Cliff Boulevard against a backdrop of deafening screams. “Big up the 6ixes, dem a gwaan good … me waan big up de other MoBay artistes dem ... unoo a gwaan good to,” Foota stated.

In his usual uncompromising style, Foota Hype quickly raced into top gear, unleashing some of the hottest dancehall hits, which he mixed with his social-media-style rants. He took potshots at some of his former Downsound Record colleagues, especially producer Skatta Burrell, his ex-lover Ishawna, and the outfit’s boss, Reggae Sumfest’s CEO, Joe Bogdanovich.

Before unleashing his lyrical assault on the Downsound crew, Foota Hype jokingly issued the proviso, “I hope nobody don’t tek it too serious.” Amid much laughter from the patrons, he detailed explicitly how he lost his “ex” (Ishawna), first to Skatta, and later to Bogdanovich.

However, Foota Hype said that his Downsound experience has made him bigger, better and richer. “A now me hot. You nuh se seh, although me and Downsound a nuh friend, dem haffi send fe me ... a me hot right yah now.”

With the crowd urging him to “talk up the tings, Foota,” the selector remarked, “I would like to ask Joe (Bogdanovich) why him a buy de girl with expensive Benz?”

Much to the delight of the fans, Bogdanovich, who was standing backstage, strolled to centre stage and, after striking a boss-man pose, told the selector, “Foota, you are hype,” as they both burst out laughing.

“A de first time inna six years me talk to anybody from Downsound,” said Foota Hype, as Bogdanovich walked from the stage. “Joe a good man, a big money dem pay me fe de yah tonight.”

Prior to Foota Hype’s high-energy stint, the large crowd, easily one of the biggest ever seen at the seaside venue, also got a sparkling display from another veteran selector, the lovable Sky Juice. He dazzled them for one hour without a single expletive or any derogatory utterances.

Sky Juice, who was elegantly clad in red and white, which was reduced to only his red pants during his performance, had the fans in stitches as he made his big-belly dance to several popular hits. In addition to giving love to many of Jamaica’s top dancehall artistes with his classy selections, he also invited Japanese dancer Nami Crissy and her crew to centre stage, where they showed off their dancing skills.

Team Shella and C Note had set a riveting early pace with a string of hit songs, which had the crowd in a dancing frenzy. Visitors to the island, who were out in generous numbers, got a taste of the ‘money pull-up’ phenomenon as fans threw money on stage to have the selector ‘pull up’ their favourite songs.

“I am just loving this … nothing pleases me more than to see the people enjoying themselves,” said Bogdanovich, who was treated like royalty by the patrons, many of whom requested photographs with him.