Jamaica – the hottest entertainment destination in the Caribbean this summer 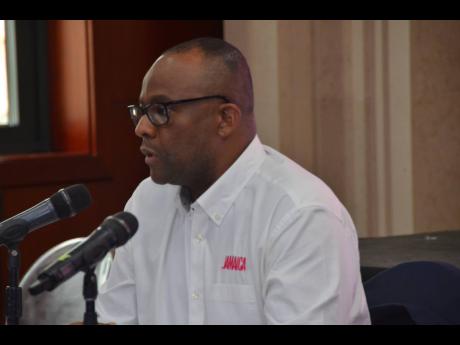 Director of Tourism Donovan White says Jamaica remains the hottest entertainment destination in the Caribbean this summer, triggered by the Jamaica Tourist Board’s (JTB) Jamrock Summer promotion, which features 21 days of non-stop activities across the island.

“Jamrock Summer may be the most exciting 21 days entertainment anywhere; the world’s premier reggae festival (Sumfest), a true party festival with Dream and SPF, and our great cultural festival ending with the grand gala on August 6,” White told The Gleaner on Tuesday night at the All-White party at Pier One in Montego Bay.

“There is nowhere else in the Caribbean that you can find that expanse of entertainment of that quality and that rich a culture except Jamaica,” he added.

White also said that in terms of other events, the country has had a “super” year so far, starting with Rebel Salute in January, and is expected to continue throughout the Jamrock Summer, which ends on Independence Day, August 6.

He said the number of hotel bookings from Montego Bay all the way back to Trelawny, during the 2019 Reggae Sumfest period, has outstripped that of last year and that flights have been coming in full, a testament to the tremendous impact of entertainment on the country’s tourism product.

“The fact that there are no rooms in Montego Bay; I don’t think there are many tickets left to be sold for Reggae Sumfest, from what I have heard. So that tells you that the festival has grown and continues to grow… and, I think what has happened is that the hotels are not really giving anybody any single nights to stay; so if you’re staying, you are staying right through the weekend,” he added.

“It is the greatest festival in the world that continues to get better and exceed itself every year. We were at the street party and we looked at the crowd and we tried to remember last year. It was better; the sound was better; the performances were better. There were more people; more vendors out selling. Everything seemed to have grown this year,” White explained.

He said the JTB is extremely upbeat about the numbers Reggae Sumfest has pulled to the island this year and the impact on the local economy.

“As you would appreciate from a tourism perspective, we are very happy; based on what we are seeing at the airports, there are so many people coming in for it, and many people plan to come home for the weekend,” he said.