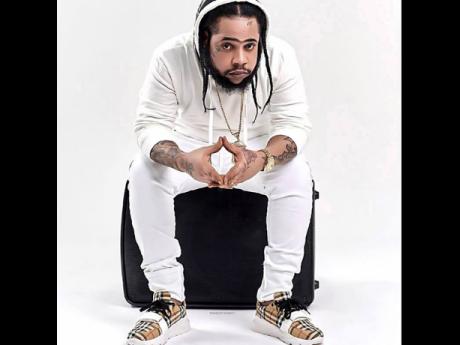 You may have Money Fever, Trending, Ohh Lala La or Allergy down as favourites in your Squash playlist, but there is only one song that stands out for Squash of all the ‘bangers’ he has recorded, Overcome.

Not his usual party-flavoured or gangster record, Overcome was released last summer under Hemton Music. It starts with a sound bite of Bob Marley questioning the meaning and value of being rich, before Squash delves into his own success story despite the odds.

“It’s my favourite because it’s real and it’s all about me, mi sing da song deh from mi heart,” he told The Gleaner.

Its encouraging theme is one Squash wants to replicate by releasing more uplifting music, some of which, he said, is in the pipeline. This desire, however, can take the back burner in a world where positivity is often overshadowed by slack music.

“With this music thing now, it edgy bad. If yuh sing good music, you get less attention towards your music; dem nuh too waan hear dem tings deh,” Squash said. “When you sing a ‘badman’ song, you will hear it play every day on the school bus dem and ting. A just natural ting, it’s just a song. What I’m doing now is some more positive songs that I want to put out in time for back-to-school for the youths. But these are songs weh the old, young, Christian, everybody can listen to. Mi just a advise di youth dem fi do the right thing.”

In addition to diversifying his catalogue with positive music, Squash also has mainstream dreams on his agenda. One may say he has had a head start, as the hip hop and trap influences which permeate his music are strikingly obvious. And this, Squash declared, is not watered-down dancehall.

“I’m bringing a new flavour to dancehall to mek it nicer. My sound is natural and different, mi no get it from nobody, God give me that,” he said. “Even the style of the 6ix is different from everybody style. Our voice different, our style of singing different, our beats and rhythm dem different, everything just different.”

His manager, Junior ‘Heavy D’ Fraser added, “Jamaican music continues to change and every time something that sounds different comes, dem seh ‘a idiot one that’. When reggae come dem never adjust to it, Bob Marley dem get the same pressure Squash a get. Chronixx come with a different type a reggae, but it still hit. Squash comes with a different music and the younger ears love it. Someone may ask a who name Squash, but ask the younger people, they all know.”