#GLNRSumfest | Police pull the plug as artistes use profanity 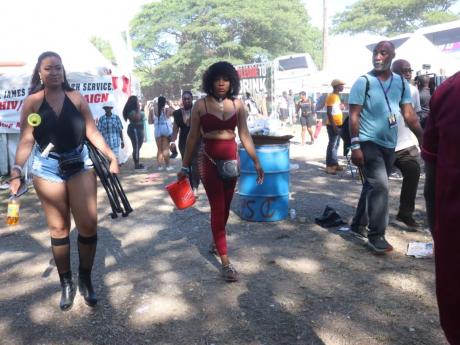 The police this morning ordered an abrupt end to night one of Reggae Sumfest inside Montego Bay's Catherine Hall Complex with around six artistes left to perform.

The show was scheduled to be closed at 5.30 a.m but according to Superintendent Gary McKenzie, the police, using their discretion, allowed it to continue.

WATCH: Superintendent Gary McKenzie of the @JamaicaConstab says the scheduled closing time of 5.30 a.m had been extended for night one of #ReggaeSumfest2019. He said among the reasons for shutting down the show around 8.27 a.m was that some artistes had started to use profanity. pic.twitter.com/e5mf1wuMO5

McKenzie said among the reasons was that artistes has started using profanity.

"There are strict rules in terms of how the show must go on," he said.

The decision to lock down the show triggered tension in the artistes' tents backstage as it became clear some would not hit the Sumfest stage.

Last night, the event got off to a late start.

At 8.30 p.m when the first act was to have touched stage, only a few patrons had been trickling into the venue.

However, soon after, the crowd grew filling the venue.