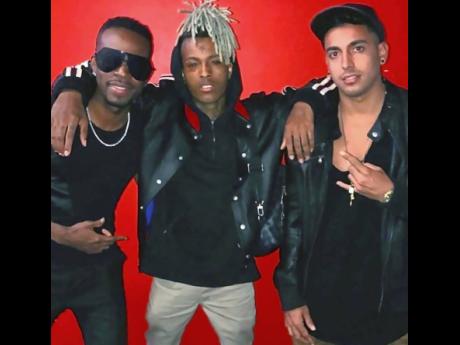 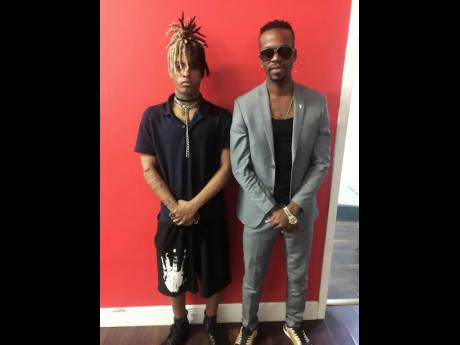 Last summer, controversy-laden American rapper XXXTentacion was gunned down by a group of young men in an apparent robbery, but his death has not stopped the artiste’s domination of the rap music charts.

Since his passing in June 2018, a number of features and collaborations have been released, some of them achieving gold and platinum-selling status. On Friday, July 19, the rapper’s estate made moves to add one more plaque to their wall with another posthumously released track called Royalty, featuring Vybz Kartel, Ky-Mani Marley, and Stefflon Don.

According to producer JonFX, Royalty’s first day streaming numbers hit over 1 million on both YouTube and Spotify. He hopes that this single will make it to the re-release of XXXTentacion’s deluxe album later this year. “We just want to keep his legacy alive.”

Sometime before his untimely death, the rapper posted an excited message to his fans on Instagram which read: “Vybz Kartel featuring XXXTentacion coming soon. Only Jamaicans and Hispanics know what I’m talking about!” Naturally, the song’s producer JonFX is happy to have fulfilled his client’s intent. “It was one of the songs I had recorded with him. He voiced some songs for me, so we’ve had those songs from long time. I turned them over to his mom after he passed away. She wanted to put them out,” Jamaican producer JonFX told The Gleaner.

Before he handed the music over, he did his best to ensure that XXXTentacion’s intentions came to be. “I had a whole song with Ky-Mani Marley, and I played him the chorus. And why we put Kartel on it? Because it’s something that he wanted. He just wanted to get into the culture, I guess I was the passageway to that.”

Unreserved about his connection to the controversial personality, JonFX describes XXXTentacion as a person with delicate sensibilities. Born to Jamaican parents, the young rapper’s shining career was often overshadowed by reported abuse of his girlfriend.

“I knew him personally, and I know the challenges that he went through as a young man. When I got to move his emotional fence out of the way, I came to find that he’s an extremely delicate individual.

When a young man like that is not trained in turning the other cheek, things happen. And he’s in the public eye. This happens to regular black guys, but he’s in the public, so people see that as a thing, like you have a little money. Small things become a big thing,” the producer said.

JonFX has done extensive work with XXXTentacion and is happy to see more music making its way to the public. “I heard rumours of it being released as a single, but for it to come out as a single now, I really feel good,” he said.

While JonFX isn’t sure that Royalty will join the platinum record club, he is confident that it will make a significant mark. “I’m pretty sure it should go at least gold. His last record that came out, called Arms Around You, that went platinum and I don’t think it had the support of his fans.”