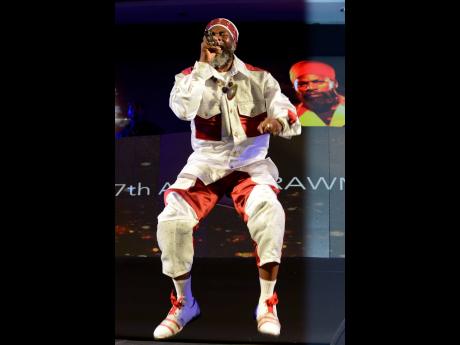 Ian Allen
Capleton was one of the artistes booked to perform at yesterday’s Grace Jamaican Jerk Festival. The event will now take place on August 25.

The ninth annual Grace Jamaican Jerk Festival, scheduled to be held yesterday at the Roy Wilkins Park in Queens, New York, has been postponed to August 25. The organisers say this action was taken in response to the decision by Mayor of New York City Bill de Blasio, who announced the cancellation of all large-scale events at City parks, due to the high temperatures forecasted for the weekend.

“The safety of our patrons is of the utmost importance, and we were working with health officials to increase hydration stations and cooling fans for Sunday,” stated Richard Lue, executive director of the Grace Jamaican Jerk Festival New York. “Once the mayor’s heat emergency cancellation order was announced, we moved swiftly to secure a new date from the park.”

There was quite a ‘buzz’ on this year’s festival, which included a line-up featuring Capleton, Naomi Cowan, Christopher Martin, Shenseea, Bunji Garlin and Fay-Ann Lyons. A number of top chefs were also scheduled to perform in the Culinary Pavilion, while many looked forward to the cultural performances featuring Blakka Ellis and Sharon Gordon paying tribute to Miss Lou, as well as the kids’ zone.

“While we are disappointed, public safety takes priority and we are working with our sponsors, vendors and performers to deliver an exciting event on August 25,” commented Lue.

All tickets will be honoured on the new date, and festival organisers say they are working to ensure the quality and entertainment value in August will be consistent with what patrons have come to expect from the Grace Jamaican Jerk Festival.