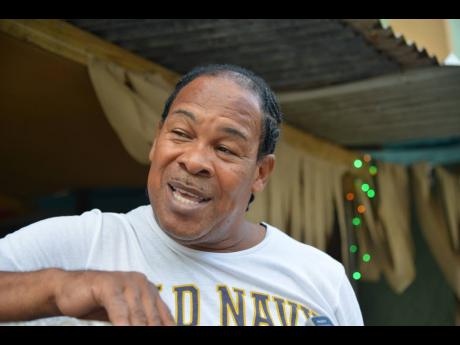 Veteran dancehall toaster Daddy Lizard has been giving back to his Park Lane community since getting his major break in the 1980s. Not only has his hit songs like Boonoonus and Run Girl Run put the community on the map, he has also set up a recording studio on his eponymous street to nurture community talent. On August 1, his generosity continues with an annual back-to-school treat to unfold on Daddy Lizard Close, co-organised by his sister Angela Bryan-Witter.

“Me a do treat from long time, from the day mi buss inna music, ‘cause a Park Lane mi born and grow,” the deejay told The Gleaner. “Sometimes, a year time, it hard, but mi try fi do it, even if it is just a small, treat and the people still accept it.

“From 2013, my sister join up wid me ‘cause me need the strength, and it just mek it even nicer. It’s a family affair for the whole village, from the kids to the elders.”

The area is known for its rich musical heritage, giving rise to some of Jamaica’s most esteemed performers, like Sanchez, Red Dragon and Flourgon. It is, therefore, no surprise that entertainment will include performances from some of Park Lane’s very own, though Lizard was tight-lipped on dropping names.

“I will be performing, and some surprise artistes out of Park Lane,” he said.

Lizard still resides in the community, but his sister currently lives in the United States. Speaking to The Gleaner, she shared her reason for joining this give-back initiative and staying committed to the cause.

“I feel for the kids who don’t have any father or parents due to domestic violence, and I just wanted to do my part,” she started. “When I was growing up in the community, I didn’t have someone to help me, and in doing this every year, I see the big impact and influence it has on the kids here. It’s not easy to find book supplies, book bags, food and lunch money, so I try and do my part as best as I can, each year, without sponsorship. I’m a simple, ordinary waitress in the United States. I have my regular bills, I have my regular expenses, and I still try my best to make it work every year because I know how far it goes to everyone.”