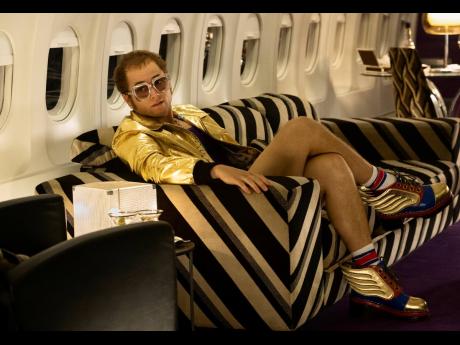 Last year, I gave Bohemian Rhapsody a hearty amount of praise. In fact, to summarise my thoughts, I said that despite its repetitive nature and overall narrative flaws, the film was saved by its electrifying music sequences and its near-perfect casting of Rami Malek. In the end, I gave the movie a ‘big-screen watch’. If you asked me my thoughts today, it’s more of a ‘catch it on cable’. Especially after seeing how well the story can be told in Rocketman.

The two films are not the same story, yet, in some ways, they’re indistinguishable. A young man who, despite his immense musical talent, seemingly boundless riches, and enough drugs to put down a horse the size of an elephant, can’t seem to feel complete without one thing – love. Both films tell that same story, yet Rocketman is infinitely better at doing it.

The similarities don’t stop there. Both films feature the musicians’ rise to fame and fortune, beginning from a young age, continuing on through a rebellious adolescence that then manifests into an obsession with outrageous and flamboyant outfits, into adulthood that eventually culminates into a drug-fuelled spiral until the musician’s phoenix-like rise, complete with one last song as the grand finale.

With Rocketman, those milestones are punctuated with musical numbers that are nothing short of visual spectacle. Each one has an incredible amount of choreography and fantastic visual effects behind them. Though it’s not just to be flashy. There’s a meaning to what the visuals represent every time, and that meaning is tied directly to the emotions of the lead character, Elton John. The film employs a level of playfulness that is often not employed with such credulity. There’s a sense of craftsmanship that gives Rocketman a step above other biopics that have the same story beats.

Early on in the film, young Reginald Dwight sits with his piano teacher and perfectly replays the piece she was playing just before. The teacher admires his ability to imitate, no matter how complicated the music, but notes that he has far more to learn. The film could have easily been just another imitation. Director Dexter Fletcher, who partially worked on Bohemian Rhapsody, certainly knows how to recreate it. Instead, it manages to find its own way and carves out an unforgettable identity all to its own.