Maxi Priest, the carpenter who built his music career on hardwork 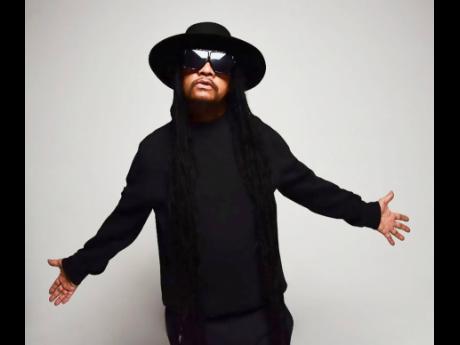 “Music is a way of life, and being a musician is also seriously a way of life because once any momentum of success within the business is gathered, it can overwhelm and control your life,” Maxi Priest told The Gleaner.

As a young man, Maxi Priest worked as a carpenter and was provided with a built-in audience at the construction sites on which he worked.

“I remember being on a building site and singing while the man dem ah shout out, ‘Shut up and do the work, nuh man,’ and never listening because my music finally start play pon radio. It moved from being ‘shut up’ to giving me ratings,” he said.

It was the beginning of the impressive résumé that the United Kingdom-based entertainer would build. He has performed across the globe and has worked with some of the biggest names in reggae and jazz and blues; has released 10 studio albums, two of which, Fe Real and Man With The Fun were nominated for Best Reggae Album in 1993 and 1996, respectively; and has produced many other chart-topping singles throughout his career.

“I have had the honour and pleasure to work with the greats like Dennis Brown, John Holt, Gregory Isaacs, Freddie McGregor, Third World, the great Bunny Rugs, Burning Spear. All these veterans now bear witness to the evolution of the reggae sound – an evolution of my own sound, as well,” Maxi Priest shared.

He added: “That first record that ever went out on radio, a song called Hey Little Girl back in 1980 or 1981, I can honestly admit that I would probably duck if I heard it, but that was my beginning, and I am blessed to have had that. I have experienced the hard toil in the day on a site to building boxes and working with a sound system at night and doing private jobs on the weekend to get to where I am.”

Your own biggest critic

The Close To You singer said that entertainers of the younger generation should never think that it is not worth the struggle to work or even study while trying to progress in the music business. “I have been going into the studio and setting up drum kits and all that kind of stuff and creating music from live instruments to the transformation of computer to working with computer and live music together. As a young man trying lyrically and performance-wise, you are your own biggest critic,” he said.

He said that the best approach is to take the resources that are available and start creating from there.

“There are a lot of people with good material but constantly sing that they are waiting on something to give them the push. My advice is to start. Don’t wait to start because there is nothing better than having an audience grow with you,” he said.

“Music lovers want to grow with an artiste and feel like they are part of the journey or part of the growth. First thing artistes need to realise is that we somewhat belong to the audience … . I always say, without them, who am I?”

Last year, Maxi Priest warmed hearts with a lovers’ rock hit titled Rock Steady Love, which blends elements of modern pop and R&B with classic reggae. He is currently primed and ready for the release of another studio album called It All Comes Back to Love, before the summer ends.

The international entertainer is set to perform at the concert series dubbed ‘Singers in Action’ in the Tri-State Area on Sunday, August 4 in Brooklyn, New York, at the Ford Amphitheater at Coney Island Boardwalk. A week later, on Saturday, August 10, he performs at the New Jersey Performing Arts Center in Newark, New Jersey. Presented by Jammins Entertainment, the concert series will also feature singer Beres Hammond and rising superstar Romain Virgo.

“As the old saying goes, ‘Be careful what you wish for because you just might get it’, and with music, once an aspiring entertainer has been accepted in it, he or she has to be prepared for all that comes with it. It is a unique business, and it can dictate your movements, as well.”