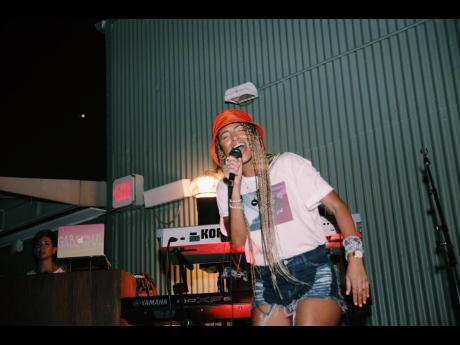 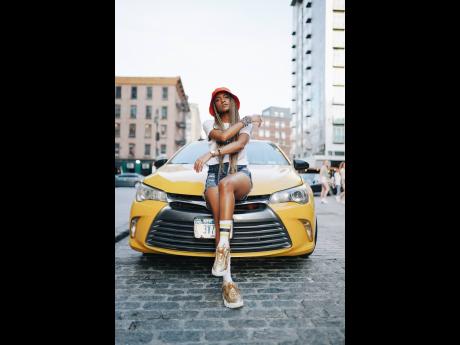 Reggae legacy act Naomi Cowan’s summer is off to a scorching start. Following an appearance on national morning-time television and a performance on the roof top of an exclusive member’s-only club in Soho, New York, she was slated to perform at Grace Jerk Festival.

However, beat by unprecedented sweltering temperatures, the festival was postponed. So this Paradise Plum’s press run was cut to a ‘New York minute’.

“It was extremely hot. Not even five minutes you step outta the car, and you need to go back. I’m really happy it was postponed’ because I wouldn’t feel good about performing somewhere where people would be fainting left, right and centre. I definitely think it was a smart move. So many other events were cancelled that weekend in New York. But I’m glad that it was postponed for the right reasons and that I’m available for the new date – August 25. Thankfully, I’ll be just coming back from London, and I go to Trinidad the week after. I’m grateful that timing is working out for me,” Cowan told The Gleaner.

Despite Grace Jerk Festival’s postponement, the singer accomplished quite a bit on her run through the Big Apple. One highlight was performing in Soho at the rooftop venue.

“People were swimming while they were playing the music. It was a very beautiful experience, with female disc jockeys at the musical helm for the night. It felt very strong from a feminine energy standpoint. I think it’s always a cool opportunity to do an acoustic set to an exclusive crowd of creative people who will have an appreciation for art, no matter what it is or where you’re from,” she said.

She was also on American national television for the second time, interviewed by Dr Oz and Rosanna Scotto on Good Day New York on Fox 5.

“I did it in November. This time around, the goal was really to perform, but that didn’t work out because their stage wasn’t ready.” she said.

Nevertheless, Cowan’s experience was fulfilling, as she felt wholly embraced by the show’s hosts.

“Scotto, she remembered me from the last time. She even brought up things I talked about in the last interview, which I thought was really special. Then it just so happened, that day, Dr Oz was the guest co-host. I just felt like he was somebody I already knew because he’s so personable, – and he’s literally the exact same in person, very kind. He was actually eating the jerk chicken after the filming was finished,” she shared.

The experience was fulfilling too, because the rising reggae star had the opportunity to put culture on a pedestal.

“First thing, they usually want to know what is life like growing up on an island. They are always asking where are the best places to go. I think, with my story, in particular they’re always kind of amazed by my parents’ history – the fact that my father Tommy Cowan worked with Bob Marley. They are almost fascinated, but it’s great because you get to educate them – to share some of the authentic parts of what makes you, and as an artiste and what makes Jamaican music what it is. It’s nice to be able to represent Jamaica on platforms where we’re not normally exposed,” she said.