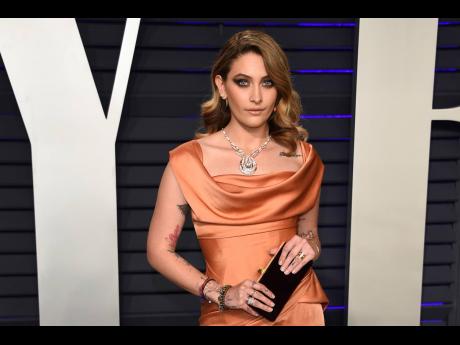 Paris Jackson is set to sign a major music deal.

The 21-year-old daughter of the late King of Pop, Michael Jackson, has formed folk-rock duo, The Soundflowers, with her boyfriend, Gabriel Glenn, and the pair have attracted interest from a number of record companies.

A source told The Sun newspaper’s Bizarre column: “Paris is really focused on her music and it’s given her a lot of comfort.

“She and Gabriel have grown their following and a handful of big labels have shown interest in offering them a deal, including Universal.

“There is a lot of pressure on her because of who she is, but she just wants to have fun with it.

“Her sound is a lot different from MJ’s and she rarely covers his songs.

“Paris wrote some of the songs when she was a young teen and going through difficult times battling depression and drug addiction, while others are love songs that Gabriel wrote for her. It’s quite a mix.”

Meanwhile, Paris recently gushed that her boyfriend makes her “the luckiest girl in the world” as they celebrated their one-year anniversary in April.

Alongside several pictures of the pair, including snaps of them locking lips and playing music together, she wrote: “You’re the light of my life. thank you for making me the happiest and luckiest girl in the world. Happy anniversary baby can’t wait for another trip around the sun (sic).”

Friends have said that Gabriel has been “super supportive” of Paris since they started dating last year.

An insider said: “He’s a musician and they play together in a band. [They’ve been together] for several months and he is super supportive and understanding.

“He’s been there for her and they have grown closer through this. He’s been a constant in her life and she really needs him right now.”

Tuesday, June 25 marked 10 years since Michael Jackson’s passing and his estate used the anniversary of Jackson’s death to celebrate and accentuate his vast humanitarian work. It called on fans to honour Jackson’s memory by engaging in charitable acts “whether it’s planting a tree, volunteering at a shelter, cleaning up a public space or helping someone who is lost find their way. … This is how we honour Michael”, the statement read.

Fans gathered at Jackson’s last home in the Holmby Hills neighbourhood of Los Angeles, where the singer received a fatal dose of the anaesthetic propofol on the afternoon of June 25, 2009 from his doctor. Jackson was declared dead at a hospital at age 50.